This spring, Greenwich Village business Your Neighborhood Office was named best “doorman substitute” in 2012 by New York Magazine. We hate to say I told you so, but . . . we here at GVSHP have known the folks at YNO are the “best of” for quite some time. GVSHP gave Your Neighborhood Office an Annual Village Award in 2003, noting the store’s ability to handle any request that may come in from its customers. Yes, they really will walk your dog and water your plants! 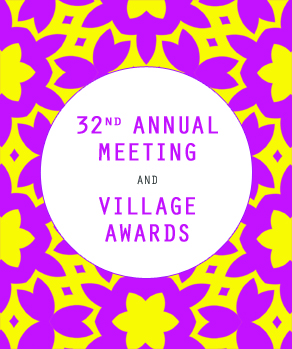 GVSHP has been presenting its Annual Village Awards since 1991 as a way to say thank you to those individuals, organizations, and businesses that make the Village, east Village, and NoHo such unique and special places. There are too many awardees to name individually—over 150 awards have been presented since GVSHP began the program, including 2 block associations, 6 front stoop restorations, 11 gardens and parks, 22 restaurants, 19 specialty shops, 4 bookshops, 4 schools, 27 cultural organizations, 21 individuals, 14 quality of life organizations, 5 churches, 1 statue, 1 television show, and 1 award to the beautiful wisteria on 10th, 11th, and Stuyvesant Streets. The awards are as unique and varied as our neighborhoods.  Check out a list of winners on the GVSHP website.

Besides just perusing past winners, you can also submit a nomination for the 2012 awards. GVSHP invites the public to submit nominations for almost anyone and anything that contributes to the unique quality of life in Greenwich Village, the East Village, and NoHo.

Be warned!:  we get MANY more nominations in any given year than we can give awards to, so don’t be insulted if your nomination does not result in an award this year (though it may!).  Given the fierce competition, there are a few key things to keep in mind:

But no matter what, if you think someone, something, or someplace is worthy, send us a nomination, and tell us why.  You never know what might ultimately sway the committee to decide that your nominee is one that MUST receive an award this year.

Perhaps you too can say, “I told you so.”