On August 16, 2006, GVSHP sent the Landmarks Preservation Commission an urgent request to consider landmark designation of the the old Fire Patrol House #2  at 84 West 3rd Street, between Sullivan and Thompson Streets in the South Village.  At the time, the building had just been put on the market by its owner, the New York Board of Fire Underwriters.

Our fear was that the handsome building with a fascinating history would, if sold, be demolished by a new owner, given that the area lacked landmark protections and the zoning would have allowed a much larger building on the site.

As is often the case, a few unexpected twists and turns followed; the building has been saved from what seemed like the inevitable wrecking ball,  and will likely be preserved in perpetuity. 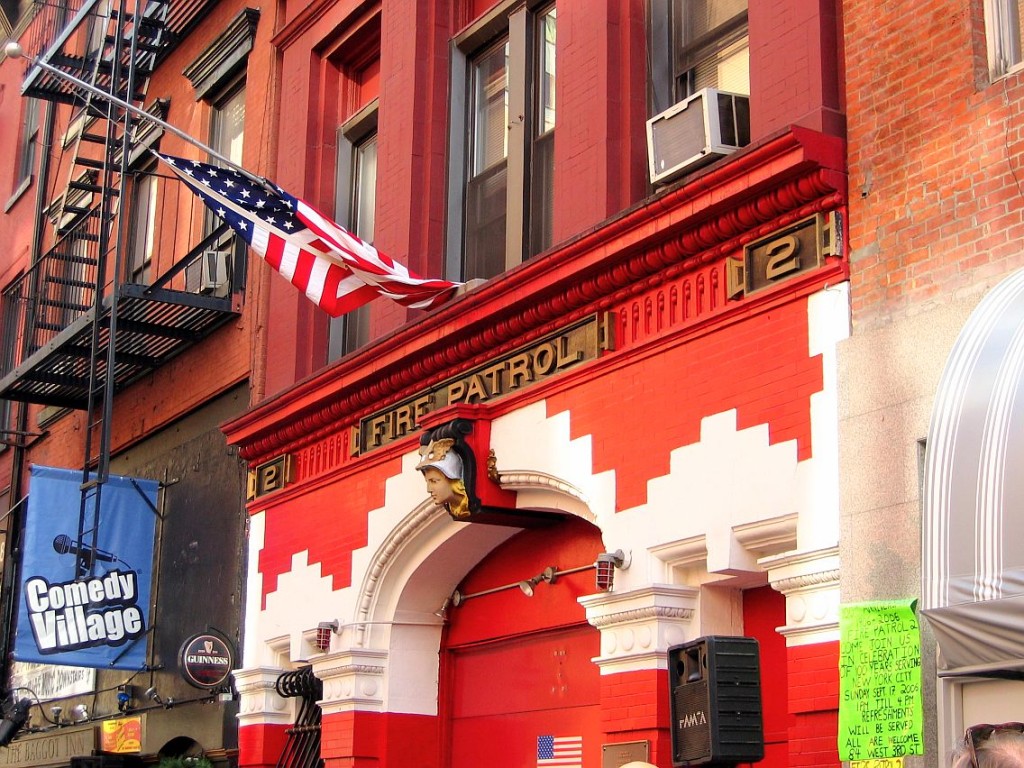 This was not an ordinary firehouse. Fire Patrol House #2 was built in 1906 by the Fire Patrol of the New York Board of Fire Underwriters, a private organization that predates the Fire Department of New York (FDNY).  With roots going back to Benjamin Franklin, this private fire patrol stems from the days when government-sponsored fire departments did not exist, and insurance companies formed their own fire patrols to protect the properties they insured.  84 West 3rd Street was, when it closed in 2006, one of three remaining Fire Patrol houses in New York City (read more here and here).

Here is an old photo from the days when the 6th Avenue elevated train rounded the corner at West 3rd Street. 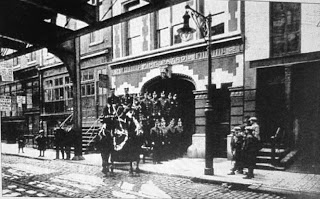 In spite of this amazing history, the Landmarks Preservation Commission refused to consider the Fire Patrol House for landmark designation, not even allowing a hearing to be held to consider its merits.  The story might have ended there, with the Fire Patrol House suffering the same fate as many other historic South Village sites the LPC refused to consider for landmark designation, such as the Tunnel Garage, Provincetown Playhouse, or Circle in the Square Theater — total destruction.

But fortunately this story doesn’t end with a wrecking ball and a cloud of dust.  GVSHP pursued a determination of eligibility for the State and National Registers of Historic Places for the Patrol House, and continued to pursue landmark designation for our proposed South Village Historic District, which included this site.  Because of the economic downturn, the sale and any plans for development of the site moved ahead slowly.

In early 2010, the NY State Historic Preservation Office responded to GVSHP’s nomination with a positive determination of eligibility of the Fire Patrol House for the State and National Registers of Historic Places.  You can view the images of the exterior and interior of the Patrol House GVSHP submitted to the State here, and the State’s positive response here.

During this time, the Fire Patrol House was also purchased by native New Yorker Anderson Cooper who, with the assistance of architect Cary Tamarkin, converted the building to a private residence.  The exterior was not only left entirely intact, but was impeccably restored.

Then in 2013, GVSHP’s dogged advocacy around the South Village Historic District finally paid off when we secured landmark designation of this section of the South Village.  With this designation, the Fire Patrol House’s future preservation should be ensured in perpetuity, no matter who owns it.

All in all, a pretty happy ending.

See more images of the exterior and interior of the Fire Patrol House before the renovation here.