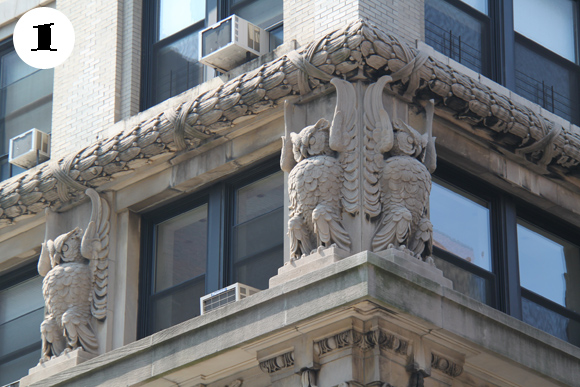 For today’s “Building Broadway” post we thought we’d do things a little differently. With Broadway being such a busy thoroughfare, it’s not uncommon to find lots of great details on its historic loft buildings aimed to catch your attention or to tell you a little something about its past. But sometimes, when we have shopping on the mind or we’re just trying to get from A to B, we can overlook this beautiful craftsmanship.

Since we’re prone to stopping on the sidewalk and gazing up at these architectural details of yesteryear here at GVSHP, we thought we’d feature five things about these Broadway buildings that we find particularly special or eye-catching.

So, with that, let’s take a closer look at 693 Broadway at the corner of West 4th Street. 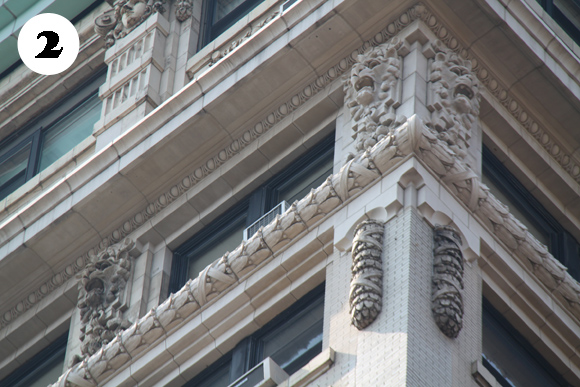 Built in 1908 and designed by William C. Frohne, 693 Broadway in NoHo features large owls that run the width of both facades just above the three-story base of the building. Have you ever noticed them? Owls can symbolize knowledge although we’re not sure if that was the intent here.

Moving up the building almost to its roof are carved lions that also run the width of both facades. Reeded moldings add some great depth, and can be found near the owls and the lions. 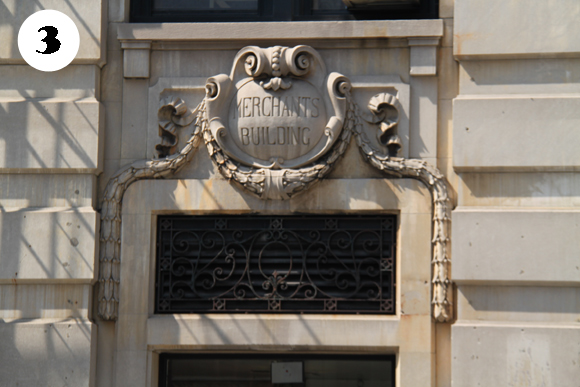 It’s always neat when carved text on a building gives clues to its past. Originally known as the Merchants Building, this cartouche can be found at the Broadway entrance to the upper floors. In its history, 693 Broadway held offices and lofts, but in 1978-79 Henry George Green converted it to a co-op with stores on the ground floor.

Philip Braender, the original owner, initially wanted to call 693 Broadway the Braender Building, but he ultimately went with the name you now see on that cartouche. 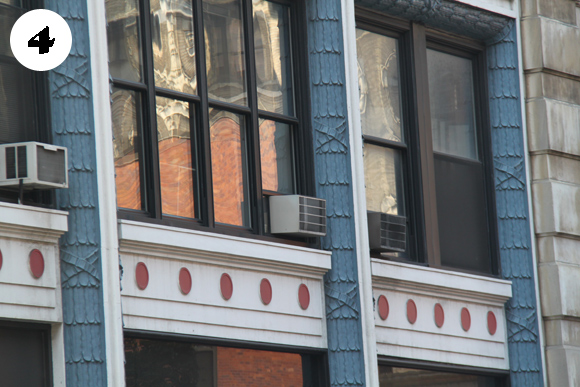 The three-story limestone base on both the Broadway and West 4th Street facades showcase more reeds, but this time on a series of columns. Just look at how those colors enliven this neutral-toned building! What do you think of them?

These two areas mark the retail entrances. According to Christopher Gray, the building has over time been occupied by dry goods firms such as William Rosenblum, Trimmed Hats, and Thomas Sullivan, Feathers and Flowers. 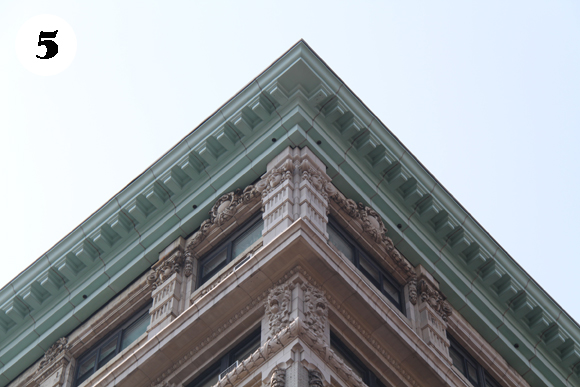 Finally, the cornice really pops against a crisp blue sky, as it did on this warm September’s day. This actually isn’t the original cornice, as that one had been removed long ago. Added in the early 1990s to help with drainage, it’s at least nice to see a building like this have a crowning cap once again. It’s more typical that you see buildings with their cornices missing (many times because owners don’t want to deal with the maintenance).

As a corner building, the angle seen in the photo is particularly striking when you look up and admire the incredible artistry of the upper floors. At 16 stories up, it’s not necessarily that easy to see, but the beauty of the details is worth a closer look.

Have you noticed this building as you’ve made your way along Broadway? Learn more about it and the development of Broadway from an elite residential street to a bustling commercial district in the NoHo Historic District Designation Report available on our Resources page.

You can also read more in our Building Broadway series by clicking here.