Recognize these movies? Can you guess what they all have in common? As the title of this post suggests, they are all connected through the film scores of legendary composer Bernard Herrmann.

Hermann was born on June 29, 1911 in New York City. Before scoring numerous Hollywood movies, including a large number for Alfred Hitchcock, Herrmann lived in a few places in Manhattan. It’s been claimed that, in the 1920s, he grew up in Onyx Court at 193 Second Avenue (corner of 12th Street) in the East Village. After being contacted by a resident of the building looking for more information about his living there, I did some digging.

My findings? It seems he actually didn’t grow up in Onyx Court after all. It would have made sense if he had since actors of the Jewish Rialto are rumored to have lived there in the early 20th century.

The image of a young Bernard Herrmann living in the same apartment building as those actors who performed in the neighborhood’s Yiddish theaters would have definitely made for a great story.

There was, however, another East Village spot he did call home. Let’s investigate.

The 1920 United States Census shows the nine-year-old Herrmann living with his family just north of the East Village at 322 Second Avenue between 18th and 19th Streets. Ten years later the 1930 census reveals that the family had moved to 229 East 12th Street between Second and Third Avenues, which is a few doors down from Onyx Court. The apartment building, known as The Claremount, still stands today.

It is still is possible that Herrmann could have lived at Onyx Court at some point in the 1920s, but the 1925 New York State census shows that his family was living at 321 East 14th Street between First and Second Avenues in that year. If the claim is that Herrmann grew up in Onyx Court in the 1920s, he didn’t live there very long. 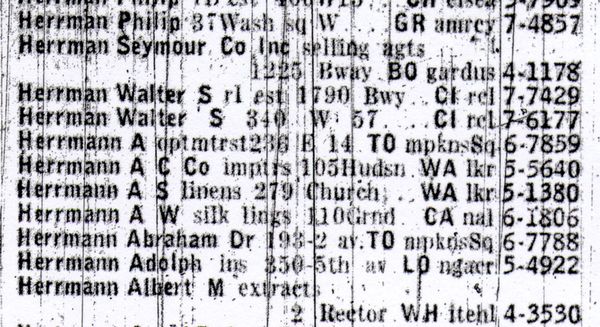 I think I figured out where this potentially incorrect information came from, and it all comes down to Bernard’s father, Abraham. On the Bernard Herrmann Society’s website, a clip from what they say is a 1920s phone directory lists a number of names, including “Herrmann A,” an optometrist at 236 East 14th Street, and “Herrmann Abraham Dr” at 193 Second Avenue (Onyx Court).

Bernard’s father is listed as an optometrist in the census records listed above, which leads me to believe that he is “Herrmann A” in the phone directory. I can see where someone might have thought he was the doctor at 193 Second Avenue, though. 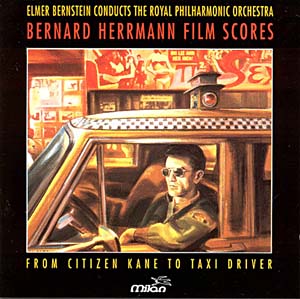 Even though The Claremount may not be as fun a story as Onyx Court – where many writers still live – there is still a great connection here.

The rear of The Claremount faces the interior courtyard of the block, and from there you can see the back of 226 East 13th Street. As we’ve written about in the past, the street-facing façade of this building was used in the filming of Taxi Driver, which was scored by Bernard Herrmann.

The movie premiered in 1976, just a little over a month after Herrmann’s death on December 24, 1975 in North Hollywood, CA.

2 responses to “Building Detective: Where in the East Village Was Bernard Herrmann?”