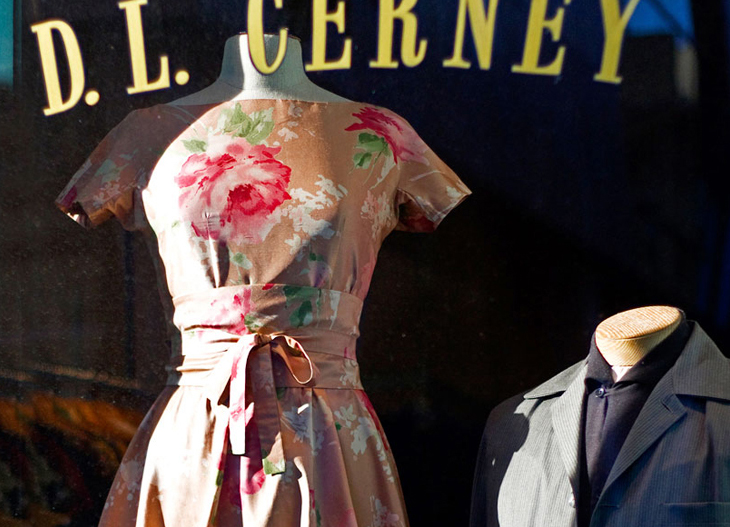 On some level, whether it’s top-of-mind or just part of the mental wallpaper, the consciousness of a Greenwich Village lover is often occupied with mourning.

You walk the ever-changing streets past the locations of the café you used to love, the bookstore you admired, the theater you always wanted to go to, or that mysterious storefront. And now, all too often, they are gone. Worse, they likely have been followed by a boring bank, drugstore, other chain store, or nail salon. (Do New Yorkers have more fingernails now, or what?)

I’m sick of mourning. I still miss Florent, the Oscar Wilde Bookshop, the Amato Opera, all gone for some time now. The disappearance of the small designer-tailor D.L. Cerney from East 7th Street is a crime. I’m pre-mourning the stalwart East Village 24-hour diner, 7A, which is set to close, and St. Marks Bookshop, the subject of endless anxiety. This is merely the beginning of a long list. (Don’t get me started on the Chelsea “runway” of Eighth Avenue between 14th and 23rd Streets, which used to be home to a jumble of diverse establishments and is now reserved exclusively for salons and Thai restaurants.)

Is there any relief in sight? I asked a few urbanists, including “urban loss” specialists like Jeremiah Moss and EV Grieve, for new perspectives. Consider these ideas an Advil for that dull throb:

Look on the bright side.

“I still love living here,” EV Grieve – of all people! – wrote in an e-mail. The anonymous-yet-trusted writer, inspired to begin blogging by his own pre-mourning of Joe’s Bar on E. 6th Street – which he’s thankful became the welcoming Josie’s bar – counts his blessings.

“However difficult with the onslaught of closures, I try to remain positive,” Grieve writes. “For instance, a lot of bars that I frequented have disappeared in recent years, including Mars Bar, the Holiday Cocktail Lounge, the Blarney Cove, Max Fish and Bar 82, to name just a few.  But I remind myself how many other great places remain: Mona’s, Lucy’s, 7B, Manitoba’s, the Grassroots, Otto’s, Sophie’s, the Blue and Gold, the International, Coal Yard, etc. I could do the same thing with restaurants.” 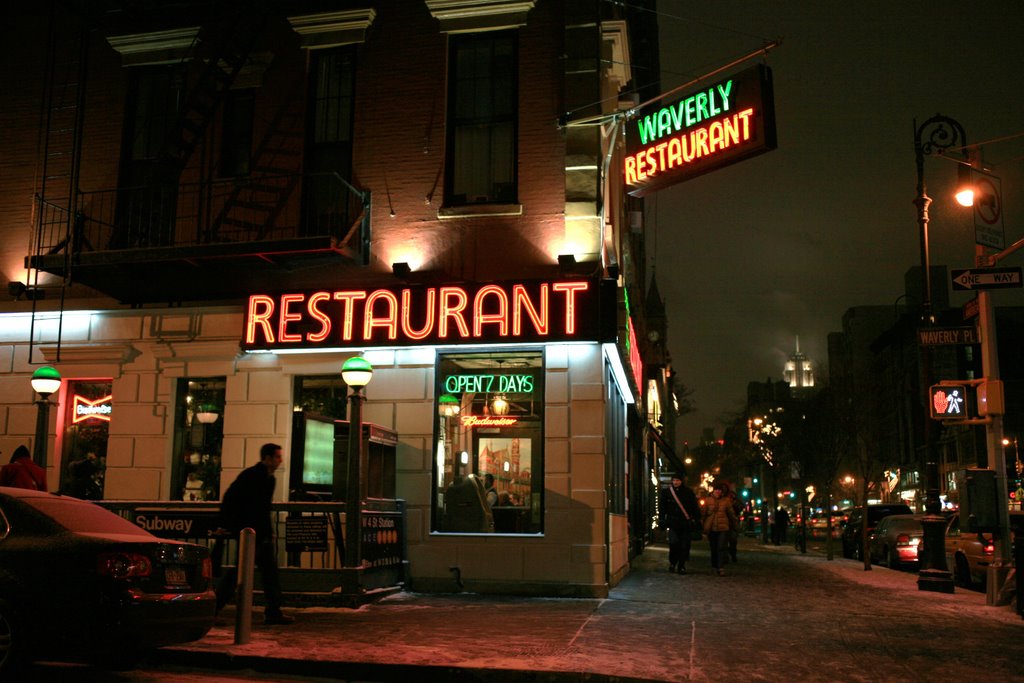 Don’t take it so personally.

Many downtowners view the changing landscape as reflections of their neighbors’ – certainly not their own – mindless consumerism, poor taste, and moral turpitude. It’s as if somehow we’ve brought this on ourselves. And we surely have a role to play (see below). But Manhattanites are hardly the only humans to be subject to the effects of economic globalization, the proliferation of chain stores, income inequality, gentrification, et cetera. When I was a newspaper reporter in a quintessential New South suburb – a place rapidly losing its rural town character – people there, too, bemoaned the influx of chain stores. We are buffeted by large forces, and while we may be angry, we need not stew in guilt or embarrassment.

Embrace the endless change that is New York City.

Author Colson Whitehead said it best, in his fine, slim volume of essays, The Colossus of New York:

That quote came to mind for Professor Max Page, the director of historic preservation initiatives at the University of Massachusetts in Amherst and the author of several books, including The Creative Destruction of Manhattan, which explores the historical tension between what was and what is coming.

A former New Yorker, Page is also dispirited by the level of homogenization and wealth found in today’s Manhattan, which together suppress the variety and unpredictability we want to find here. But he’s hopeful that Mayor Bill de Blasio may effect change. And, he says, “This is a perennial problem. It’s perhaps not worse now. Lamenting the 7-11 or other places is its own form of elitism. It’s just the Woolworth’s of its day.”

The pseudonymous Jeremiah Moss, behind the website Jeremiah’s Vanishing New York, can find no bright side to look on. Instead, he recommends the book Rootshock so we can better understand our own pained reactions to community change (or destruction).

However, he writes, “As for relief, I believe the best relief is to talk about it, complain about it, cry and scream about it. Think of it as therapy for the wounded city. And then to find ways to turn those hurt feelings into action, whether that means writing a blog or a book, or taking up activism, community organizing, constructive vandalism like political graffiti, I don’t know. Something. But it will have to be action that comes from pain. There’s just no not having pain about the death of New York’s soul.”

GVSHP is working with the East Village Community Coalition to fight chain stores. The Cooper Square Committee works to preserve homes and cultural spaces. Good Old Lower East Side fights for local residents’ rights. And so on. Join us.

3 responses to “Coping With the Disappearance of Beloved Places”