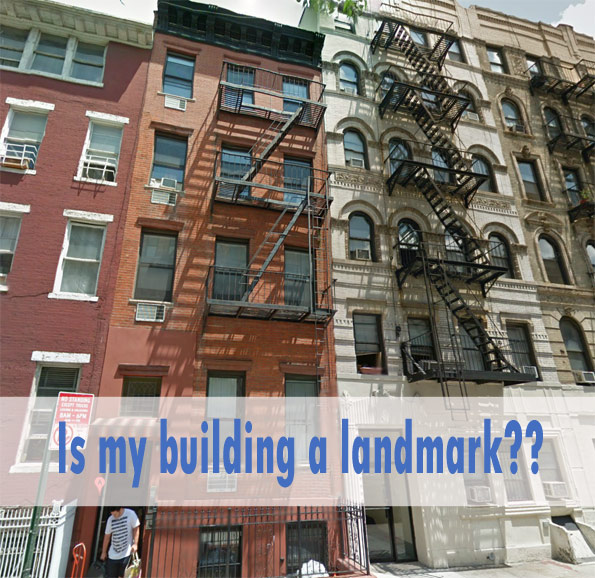 One of the questions we’re asked every so often here at GVSHP is whether or not a building is a landmark (and by “landmark” we mean one officially designated by the NYC Landmarks Preservation Commission). Be it from a homeowner, a researcher, or a broker, many people are curious to know the answer to this very question.

We’re always happy to help you figure this out, but here’s some advice from us today on how you can find the answer yourself. We’ll also clue you in on figuring out if a building is “calendared,” which is another important thing to know. Keep in mind that there are several ways to figure out if your building is a landmark or not (including contacting the LPC directly), but today we’re showing you one of the quickest ways to do this. 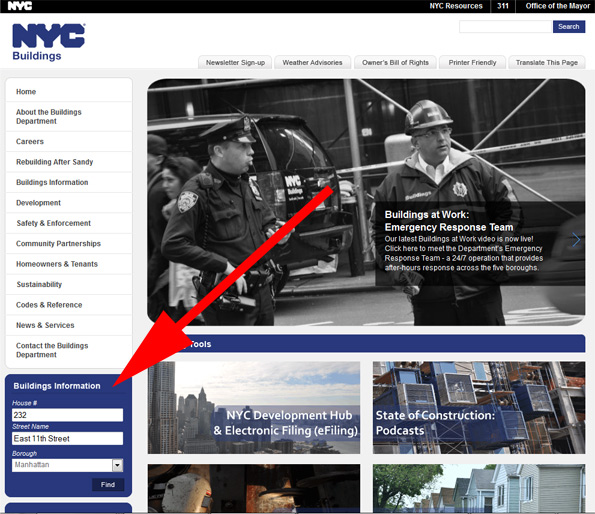 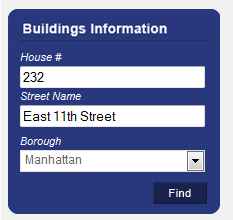 The website for the Department of Buildings (DOB) notes the landmark status of each and every building in the five boroughs of New York City. If you want to know about a specific address, go to their home page at www.nyc.gov/buildings.

The red arrow in the screen capture above points to the area where you can fill in the address of the building. Here, I’ve used 232 East 11th Street, where GVSHP has an office, as an example. Don’t forget to include the borough!

What pops up for this building is partially shown in the following screen capture:

As you can see, 232 East 11th Street is a landmark. If it wasn’t, the field highlighted in red above would be blank. From this, you would then know if you need to apply for permits at the Landmarks Preservation Commission before doing work on your property.

In addition to individual landmarks, any building (including new construction) within the boundaries of a historic district is considered a landmark. If you’re a broker, this is important information to pass on to any prospective buyers, especially those who may be buying a newer building located within a historic district (I’ve spoken to people who think these aren’t considered landmarks and therefore LPC permits aren’t needed, which isn’t the case).

Another important piece of information is finding out if the building is calendared, which would look like this in DOB:

This is the page for 57 Sullivan Street, which has been calendared since 1970. In most cases, a building is calendared for a much shorter period of time, often when the LPC is considering designating historic districts (but the same is true for potential individual landmarks, such as 57 Sullivan Street). DOB notifies the LPC of any proposed work, and the LPC in turn has forty days to decide if they want to pursue landmark designation for that particular property.

So, are the buildings in the top photo of this post landmarks? Well, yes and no. No. 57 East 3rd Street to the left is since it’s located within the East Village/Lower East Side Historic District, but 59 East 3rd Street to its right is not since it falls just outside the district boundary. This is also clear when looking at the LPC’s map for this historic district.

Curious to learn more about the landmarking process? Check out other posts in our Landmarking 101 series.