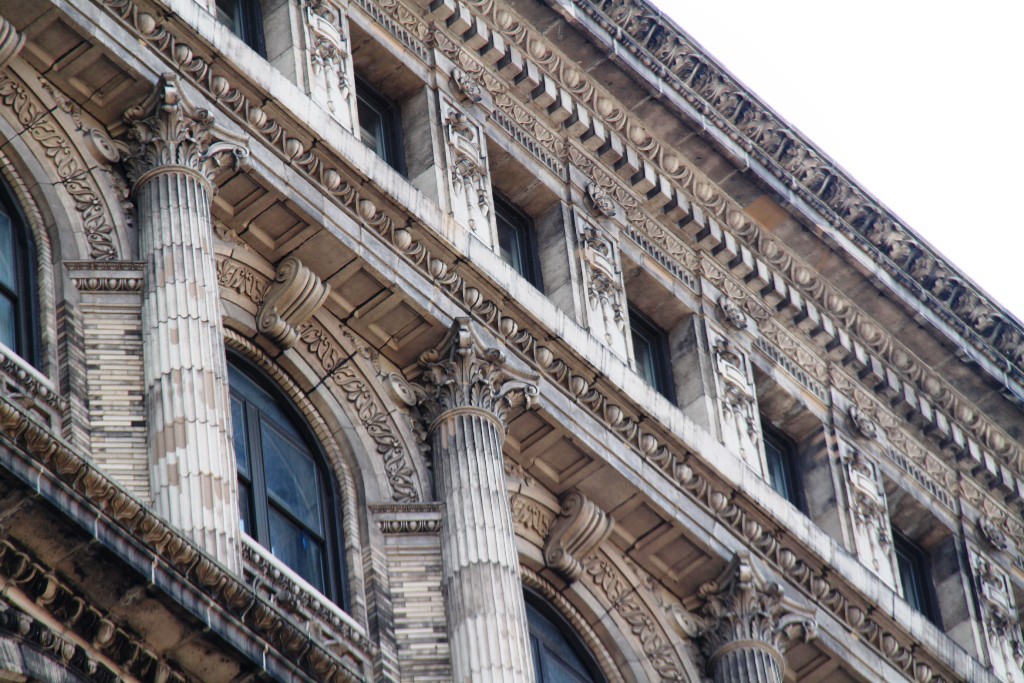 On the corner of 12th Street, the highly ornamented 817 Broadway is a visual treat. The building, which turns 120 years old this year, was constructed in 1895 to the designs of prolific architect George B. Post.

Post designed several well-known buildings in New York that have long been demolished, so it was nice to come across his name during our survey of the Broadway/University Place/14th Street area.

As with many other buildings along Broadway at the turn of the century, 817 Broadway housed clothing manufacturing. This particular structure was designed for Meyer Jonasson & Company, cloak manufacturers, for a cost of $250,000. The building later became known as the Sprague Building. 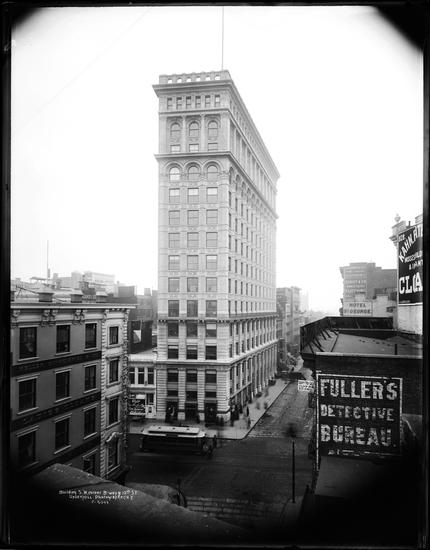 This 1905 photo, taken by Irving Underhill (courtesy of the Museum of the City of New York), shows what the intersection of Broadway and 12th Street looked like 110 years ago. Needless to say, this building made quite a statement. Post was known for his innovative skyscraper designs; his now-demolished New York World Building was, for a time, the tallest in the world.

It seems surprising today that this would be considered a skyscraper, but when you look at the surrounding buildings in the photo you can see what an impression this building must have made. 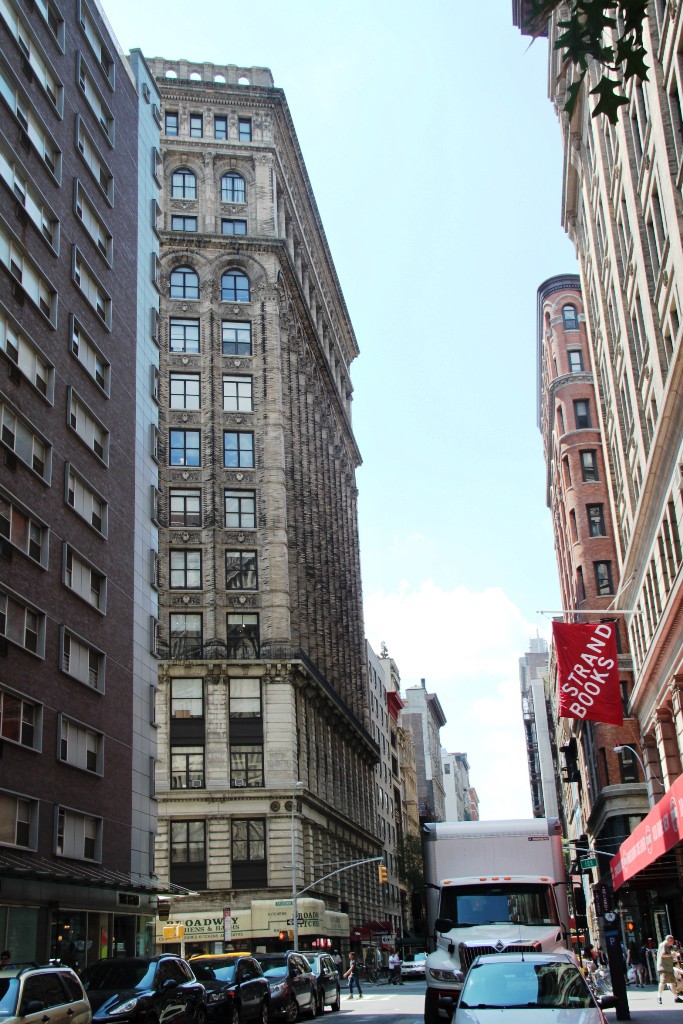 Now compare it to the present day, where buildings aren’t necessarily taller or as tall, but they certainly take up more space in the sky. The building is also in need of a cleaning, especially when comparing it to the 1905 photo. That’s a classic “New York patina” right there.

An alteration permit from 1940 indicates that the storefronts were changed in that year. The design has definitely been modified from the original when you compare the new and old photos. 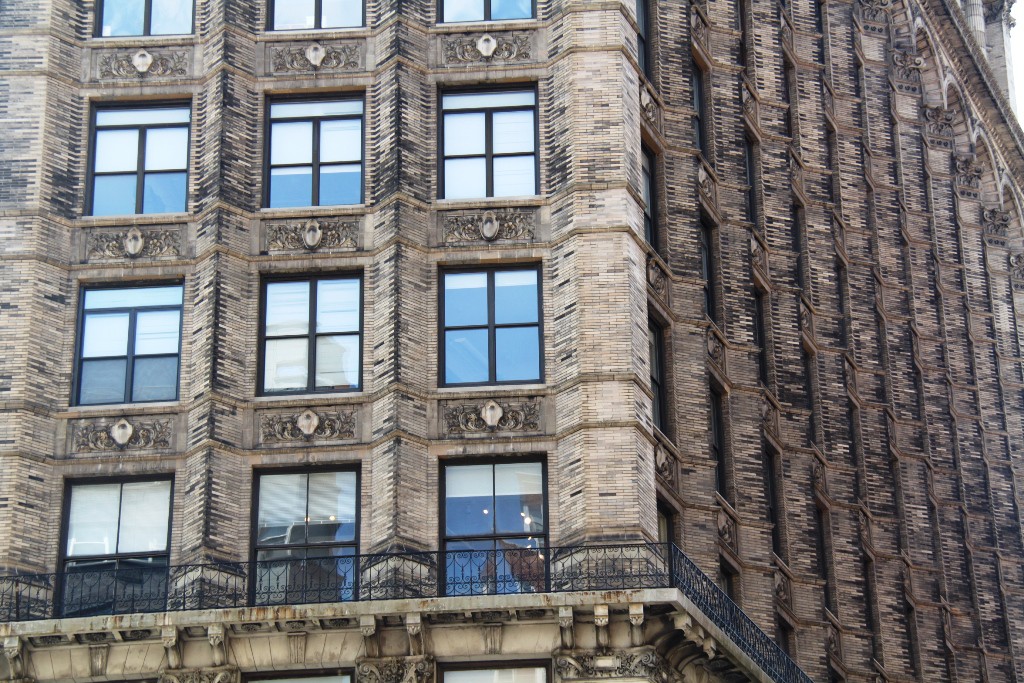 The thing that I particularly love about this building is the way the triangular piers change the look of the facade depending on where you’re looking. In the photo above, the windows on the 12th Street facade are practically hidden, and the projecting piers give the illusion of deep, recessed bays.

There is also the sense that there are two different facade designs – Broadway versus 12th Street – when in fact they are both exactly the same (except that Broadway is only three bays wide). 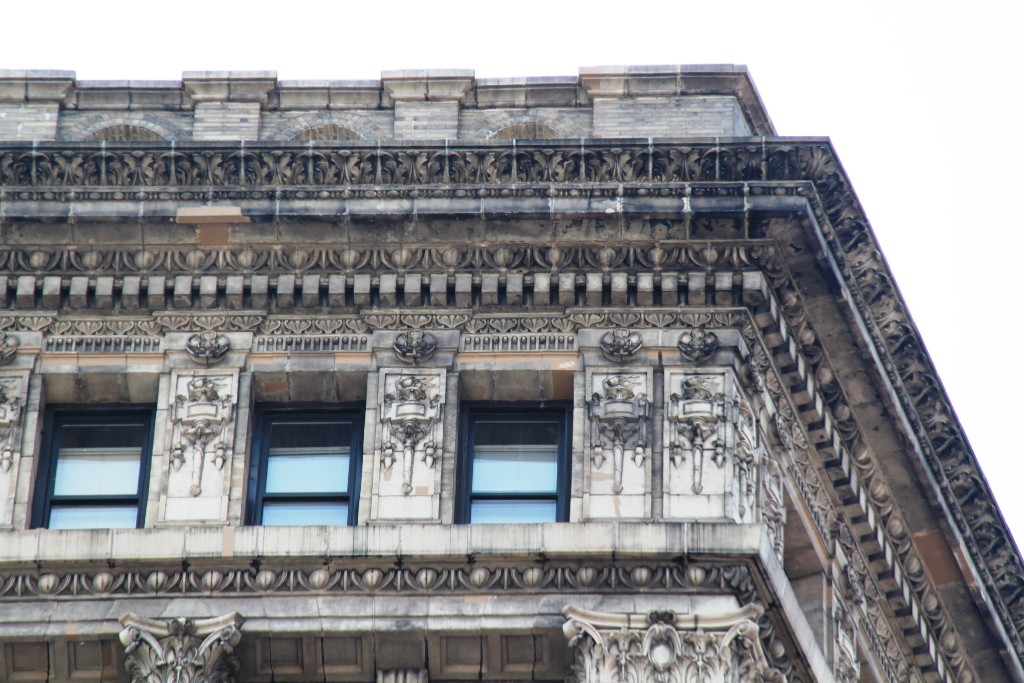 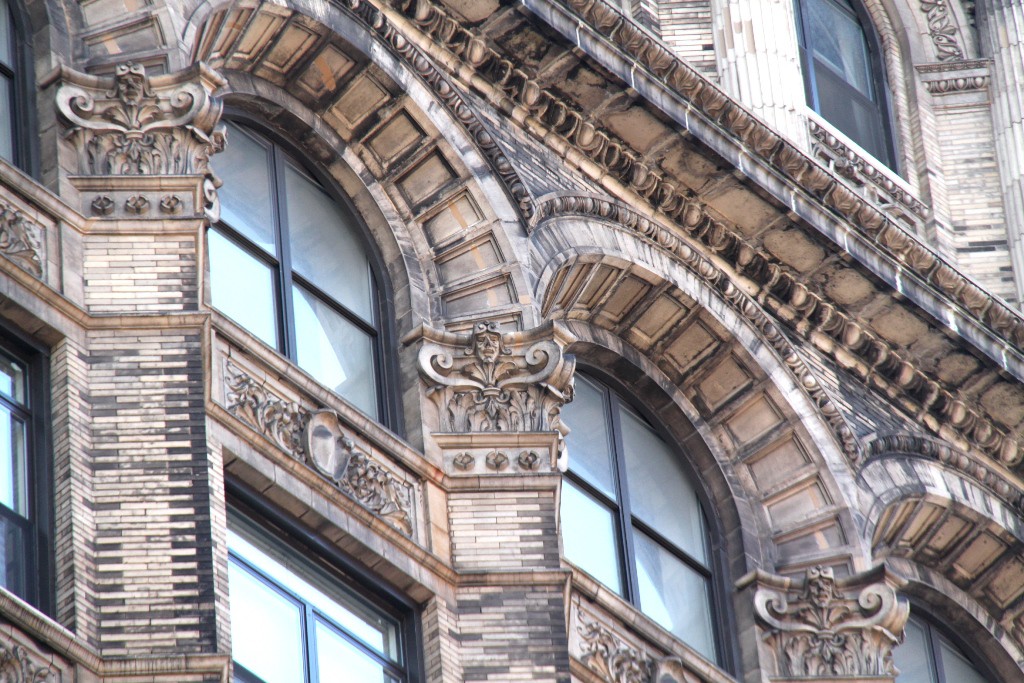 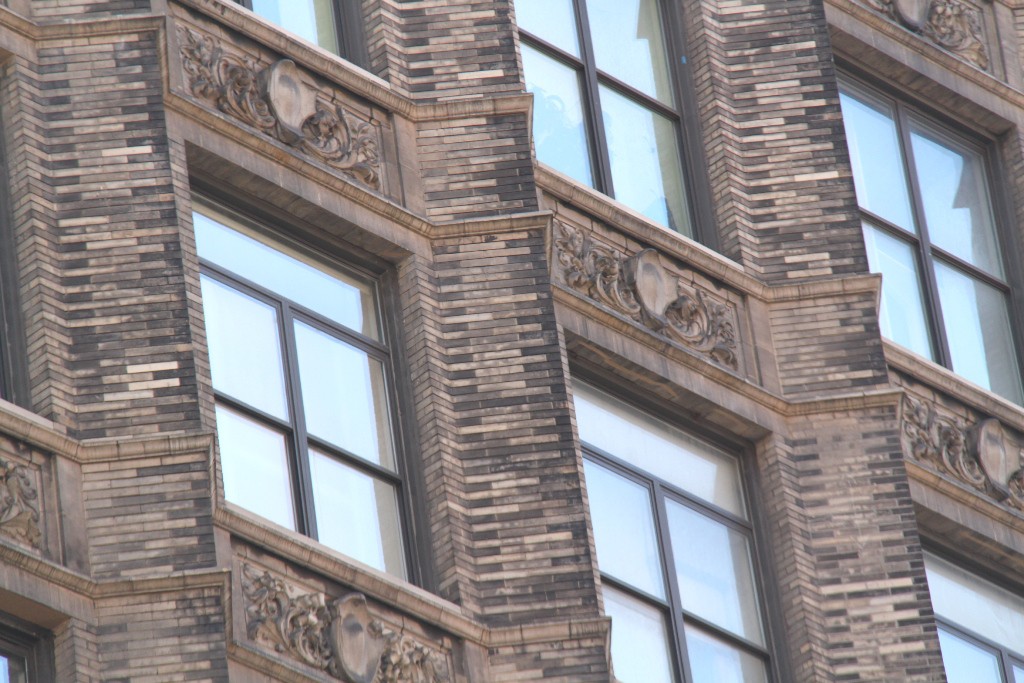 And, finally, here are some detail shots of some of the incredible Roman brick and terra cotta on display here. These aren’t so easy to see from the street, but with the help of our DSLR’s zooming abilities, we’re able to share them with you on Off the Grid. The building is still a commercial structure today.

For more photos of the beautiful old buildings along Broadway, check out these posts from our Building Broadway series.