During the holiday season we reflect back on the past year. Here at GVSHP we’ve certainly had some big accomplishments. We have also had a lot of wonderful support from our members and neighbors, but we need your help to continue the fight. Please consider GVSHP in your year-end giving!

When asked what GVSHP means to her, East Village resident Kirsten Theodos stated the following, 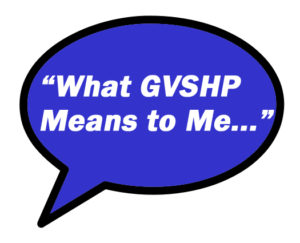 “GVSHP has taught me how important vigilance is in protecting our neighborhoods from being victimized by out-of-control development in New York City. Our historic buildings and districts are perpetually threatened and I count on GVSHP to keep me abreast of where my neighborhood is being attacked and what I can do about it, whether it be writing to my elected officials, testifying at a public hearing, or attending a protest, rally, or press conference. To me, the most valuable offering of GVSHP is their dedicated mission to fight for overarching solutions to protect the cultural heritage of my neighborhood through zoning and landmark protections, and challenging legislation to make it easier for historic buildings to go up for grabs to developers. In a city whose historic character is evaporating before our very eyes, now more than ever we need an organization like GVSHP to keep our communities informed of what threats we face and what we can do to stop it.”

Click here to read more testimonials and find out what GVSHP means to your neighbors and friends!

As Kirsten mentions, throughout the past year GVSHP has initiated several letter writing campaigns with thousands of supporters. Nearly 1,900 people wrote to elected officials to oppose Intro. 775, which, if it passes, would have an incredibly damaging effect on preservation efforts, making landmark designations more difficult and handing a powerful new tool to demolition-minded developers.  Thousands of people from all over New York City wrote in opposition to ‘Zoning for Quality and Affordability’ to Mayor Bill de Blasio, CPC Chair Carl Weisbrod, the Borough Presidents, all members of the City Council and Public Advocate Leticia James to let them know that they do not want to see existing and future neighborhood zoning protections gutted and height limits lifted. We will continue the fight against Intro. 775, ZQA and many other anti-preservation causes in 2016 – but we can only do so with your help!

Click here to take action on an advocacy campaign.

Additionally, GVSHP protested anti-preservation efforts around the Village at various rallies, including last month’s rally to save University Place. On Saturday, November 14, over 150 people joined GVSHP, City Councilmember Rosie Mendez, State Senator Brad Hoylman, Community Board #2 Chair Tobi Bergman, and actor and long-time Villager Edward Norton to call upon Mayor de Blasio to allow a proposed rezoning of the University Place and Broadway corridors to move ahead. Had the city moved on this proposed rezoning in January when first approached, its provisions would have applied to the Bowlmor site.  Rather than a nearly 300 ft. tall, 100% luxury condo tower, that development would have been matched the surrounding context by rising to no more than 120 feet, and likely would have included 20% affordable housing (see images).  If the City now adopts the rezoning before that development is “vested,” or work has begun on its foundations, the new zoning rules and requirements would apply.  Demolition work has just begun upon the building.  Once the rezoning is adopted, all future developments in the area would have to abide by its provisions, including on any of the dozen potential development sites.

Help us continue the fight and donate to GVSHP today.