This was originally posted by Amanda Davis, GVSHP’s former Director of Preservation & Research. It has been updated with new information.

New law tenement at 151 Bleecker Street in the South Village. Photo by GVSHP.

The 20th century had hardly begun when the New York State legislature signed into law a new act to address old problems in this city regarding tenement construction. This groundbreaking event took place on April 12, 1901. Formally known as the New York State Tenement Act of 1901, the legislation was considered a big step forward in an era when progressive thinkers had been trying to improve tenements, which primarily housed immigrants, since the mid-19th century. Two previous acts had been passed in 1867 and 1879.

Though you may not be familiar with this law, its impact and legacy in neighborhoods like Greenwich Village and the East Village cannot be understated, as some of the most distinctive and ubiquitous structures in these neighborhoods are “new law tenements.”

Tenements built after 1901 are now known as “new law” tenements to differentiate them from the “pre-law” and “old law” tenements built before and after 1879, respectively. In our neighborhoods, new law tenements are prevalent in the East Village and South Village in particular, so we thought we’d feature a few of them today to help you familiarize yourself with these grand old ladies of a century ago. Can you spot a new law tenement as you walk these city streets? 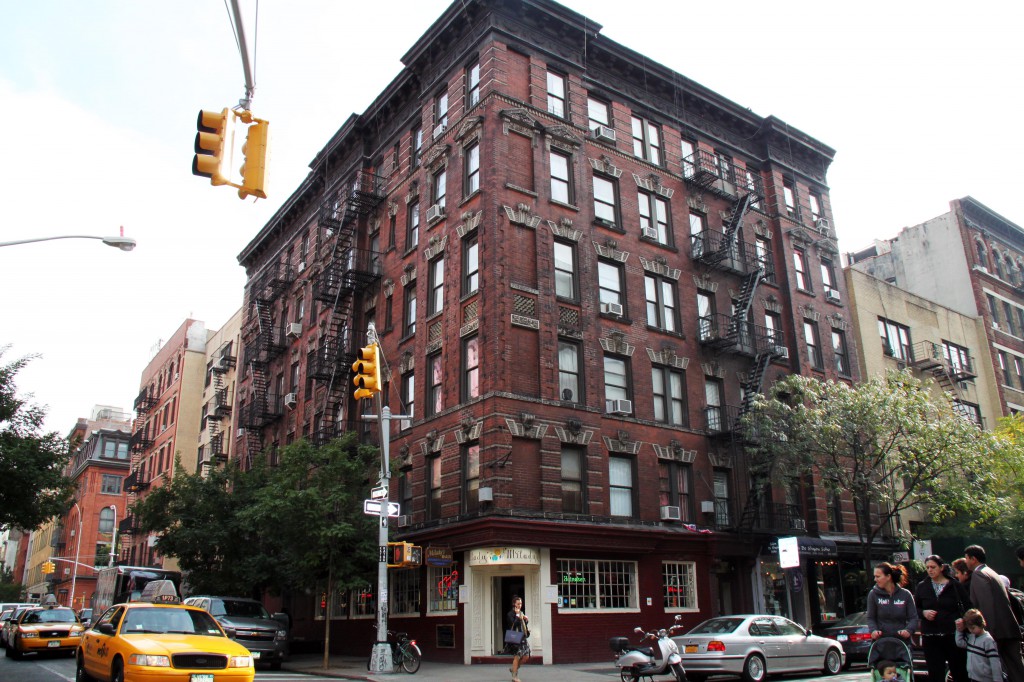 160 Prince Street in the South Village. Photo by GVSHP.

Today, the East Village and the South Village provide wonderful concentrations of new law tenements. In the Landmarks Preservation Commission’s designation reports for districts in these neighborhoods, they go into detail about what the 1901 law mandated of all new tenement construction:

The 1901 law proved to be the most comprehensive legislation to date; in addition to effectively banning the dumbbell tenement by increasing light and air requirements to the point that construction on the traditional 25-foot-wide lot was rendered economically infeasible, the law required one toilet facility per apartment and provided for stricter enforcement of the lot coverage provision included in the 1879 law. Adherence to these new regulations resulted in much larger tenements designed around one or more interior light courts. they typically occupied lots 35 feet wide or greater, and were often six or seven stories tall, sometimes above a raised basement. -page 16-17, South Village Historic District Designation Report, as well as in the newly designated Sullivan-Thompson Historic District Designation Report, which discusses “purposely-built tenements” on pages 11-16. 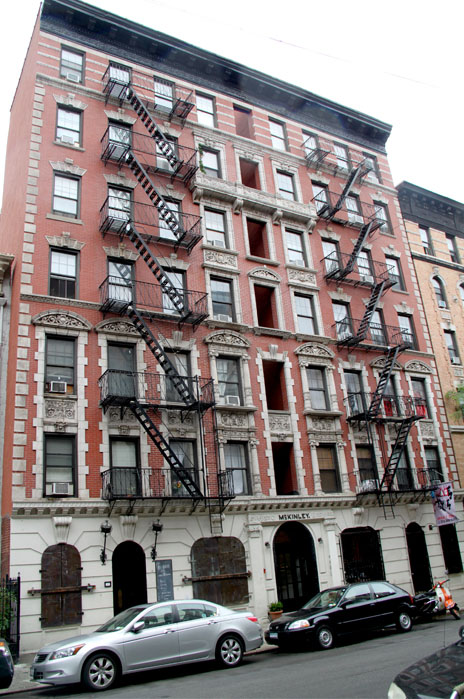 111 East 7th Street in the East Village. Photo by GVSHP.

If our building survey has taught us anything though, the king of East Village tenement design is George Frederick Pelham. In the historic district alone he is responsible for six new law tenements on or just off lower Second Avenue. Last I checked, I believe there are close to 100 of his designs (not all of them new law tenements) in this neighborhood. He had a good thing going there! You can also find him in the South Village too (as well as other tenement heavy areas).

In addition to the designation reports, you can also read more about tenement construction in GVSHP’s South Village State and National Register Historic District Report written by architectural historian Andrew Dolkart. Read more about the Tenement Act of 1901 here.