This is an updated re-posting of a piece originally penned by GVSHP staff member Drew Durniak.

It was on April 14, 1865 that President Abraham Lincoln was fatally shot by actor John Wilkes Booth at Ford’s Theater in Washington. The event was the first assassination of an American president and sent shock waves throughout the nation. A period of mourning set in for weeks, and included viewings of the president’s body and funeral processions though several cities.

One of these included New York, where the president’s body was placed on view in City Hall. Later on April 26, 1865, a funeral march displaying the president’s casket proceeded up Broadway though our neighborhoods to Union Square where it was seen by hundreds of thousands of mourners (it then went west to Fifth Avenue, then north on Fifth to 34th Street, and then west again to the Hudson River Railway Depot).

You can read more about President Lincoln’s connections to our neighborhoods in this previous Off the Grid blog post. 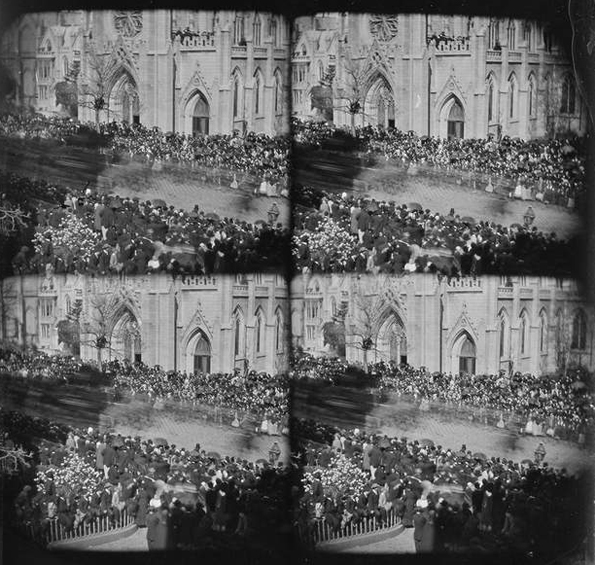 (Above) A possible view of parade mourners in front of Grace Church on Broadway.