Christopher Park has been a community gathering place and green oasis in the urban landscape of Greenwich Village for 180 years. In recent decades it has also become a hub and focal point for the LGBTQ community. When the park was neglected, the volunteer organization Christopher Park Alliance (CPA) stepped into the breach. Since its inception in 2012, the CPA has revitalized the park and created a warm and welcoming experience to both local residents and out-of-town visitors. 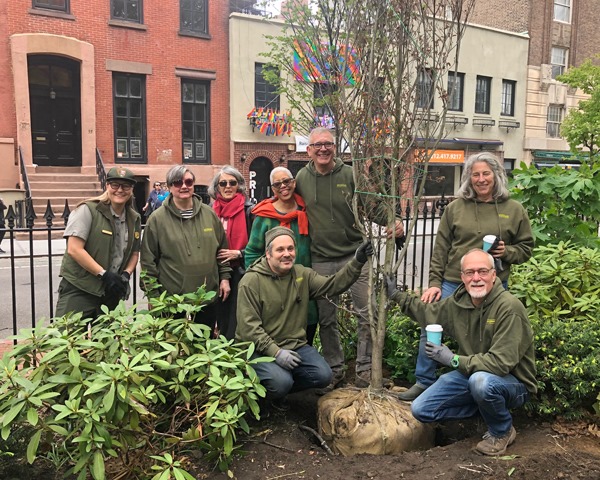 For CPA, transforming the park is an ongoing effort, but it’s a labor of love. Four years ago, CPA began by simply cleaning the park and remediating the soil. Since then, it has installed a modern irrigation system and recreated the gardens from scratch. It has planted tens of thousands of tulips and other flowers and restored the park into a place of beauty and serenity, a place of neighborhood pride, and a place to welcome visitors from around the world.

The area has great historic significance. Once a tobacco farm owned by the Director-General of New Netherland, it was later divided into three farms, and then subdivided into lots. By the early 1800s, the neighborhood suffered from overcrowding. After a devastating fire tore through the area, residents petitioned New York City to condemn the triangular block at the intersection of Christopher, Grove, and West 4th Streets. On April 5, 1837, the City condemned the parcel and created much needed open space, Christopher Park.

The park became a center of civic life in the community. In 1935, a statue of Civil War General Phillip H. Sheridan was placed in the park. A flagpole was erected in 1936 to commemorate the 1861 Fire Zouaves, an elite Civil War unit that wore uniforms styled after those worn by North African tribesmen. On June 27, 1969, Christopher Street erupted in riots when police raided the popular gay establishment the Stonewall Inn across the street. Over the next few days, angry protesters filled the streets in what became known as the Stonewall Rebellion.

In 1992, the sculpture “Gay Liberation” by George Segal was placed in Christopher Park to honor the gay rights movement. In 1999, the site of the uprising—the Stonewall Inn, Christopher Park, and surrounding neighborhood streets—were placed on the New York State Register of Historic Places and added to the National Register (Village Preservation was the co-applicant for that listing — the first time any site had ever been placed on the State and National Registers of Historic Places for connection to LGBT history). 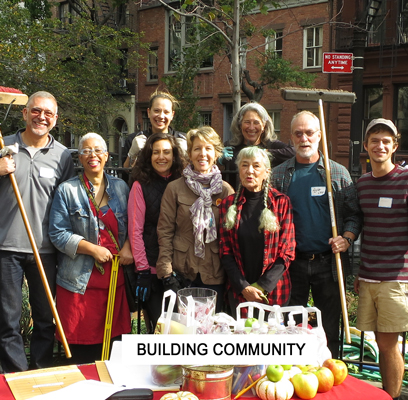 Unfortunately, Christopher Park had fallen into terrible shape over the years. The gardens were barren. Battered green oil drums served as trash cans. The historic wrought-iron fence surrounding the park was mottled with rust. An irrigation system installed in the 1980s no longer worked. Overgrown bushes and trees obscured the view of General Sheridan and made the park a haven for drunks and drug dealers. Rats were a common sight. In the summer of 2013, a steam pipe beneath the park burst and “baked” plants to death.

In the fall of that year, several community members gathered to resurrect the defunct Christopher Park Partnership as the nonprofit Christopher Park Alliance. With no budget and little experience, CPA set out to reclaim the park for the enjoyment of the community and visitors alike. CPA knew it couldn’t count on financial help from the government and would have to be resourceful. Recognizing the importance of Christopher Park to the community, local businesses, government agencies, and residents have provided tremendous support for CPA’s revitalization
efforts. 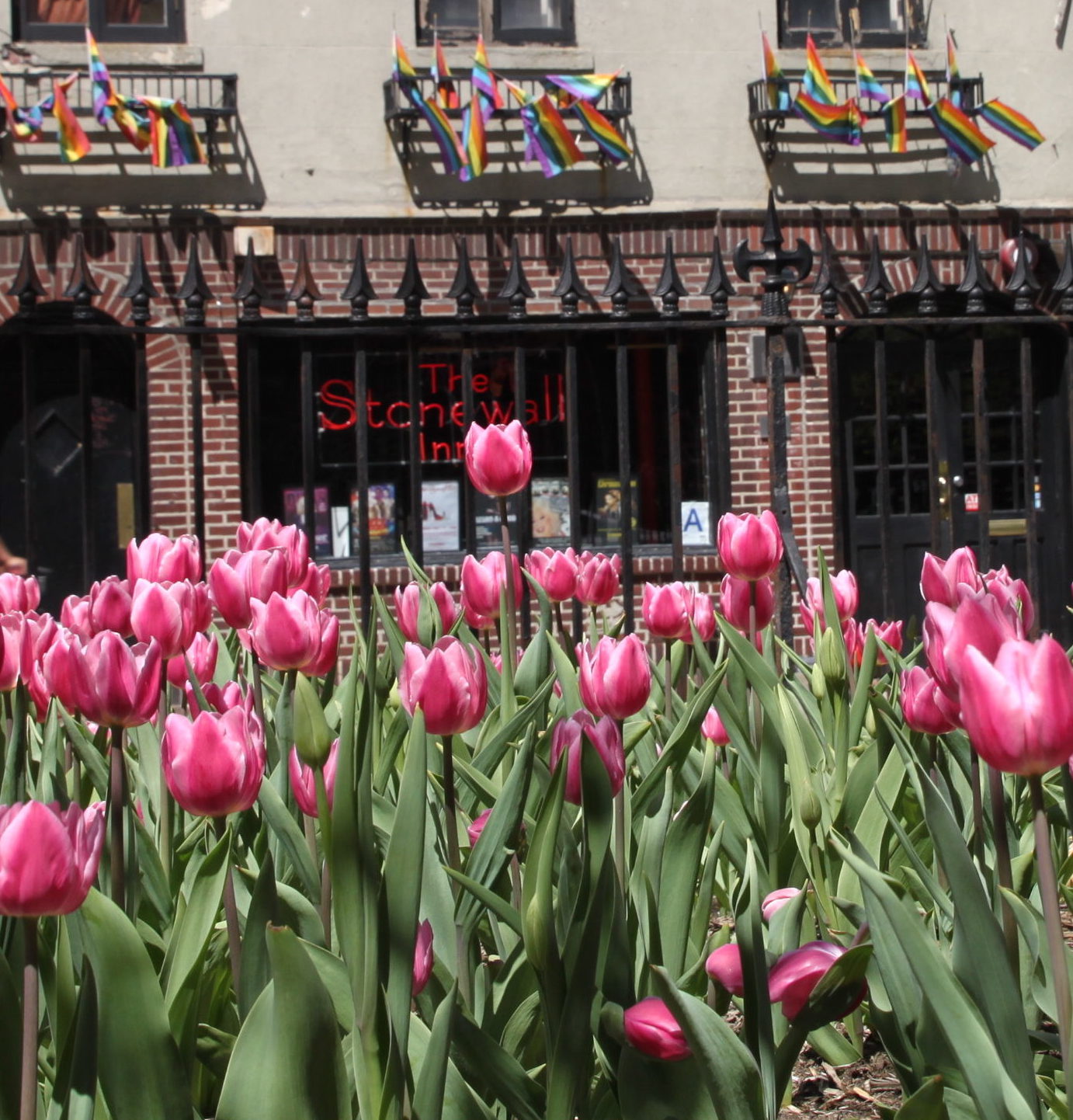 An early challenge was protecting and preserving the 150-year-old wrought-iron fence, comprising more than 1,100 posts and finials that surrounded the park. Realizing that it could never raise the $75,000 or more needed to hire a company to strip and repaint the fence, CPA turned to the community. When it offered the public a chance to & help preserve a bit of NYC history,  the call was answered by volunteers from more than 20 corporations and educational institutions. More than 300 volunteers from every borough worked that summer and fall to scrape rust and 150-year-old paint from the fence posts and finials to prepare it for CPA’s team to paint. They removed and replaced topsoil and weeds, ivy, and trash; planted flowering bulbs and annuals; and hand-watered the newly flowering gardens to keep them green.

CPA maintains that level of commitment through Facebook, a website, and a newsletter. Its annual “It’s My Park Day” encourages volunteers from the community, the corporate sector, and educational institutions to join its care and conservation efforts. Every year local businesses graciously host “Garden Party” events to raise funds for CPA’s work.

The park’s revival helped inspire the national effort to make Christopher Park into the centerpiece of the commemoration and celebration of the Stonewall Uprising and the birth of the gay rights movement. CPA worked with Community Board 2 and with the National Park Service to ensure the success of the project. The combined effort of the federal government, city agencies, and CPA came to fruition in June 2016, when President Obama proclaimed Stonewall National Monument. With the transfer of the park from New York City to the National Park Service, Christopher Park became the centerpiece of the Stonewall National Monument.

CPA is still responsible for maintaining the park, and also serves on the Stonewall Foundation Document Committee, which develops materials that reflect the history and cultural significance of the park and the community.

Join us on June 12, 2019, at 6:30pm to honor the Christopher Park Alliance at our 29th Annual Village Awards Ceremony.