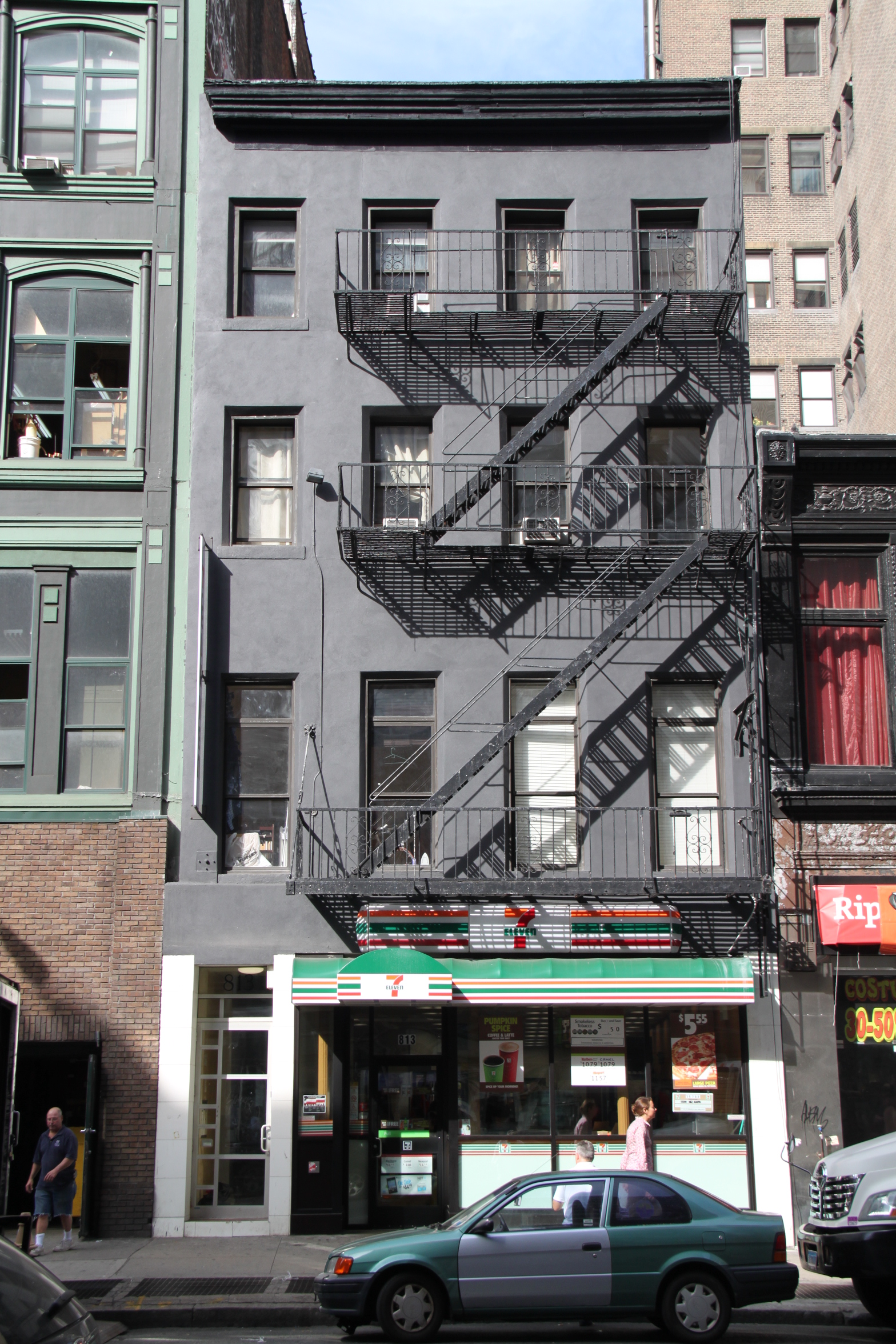 The area south of Union Square is full of buildings rich in architectural and social history which need and deserve historic district (landmark) protections.  We have been fighting for such measures, but the City has thus far refused to grant them. One easily-overlooked example of that rich history deserving recognition is 813 Broadway, located just south of 12th Street, a building which has strong ties to both the Civil War and the Roosevelt family.

813 Broadway is a four-story residential and commercial building that was constructed ca. 1850 for Peter Goelet, a very prominent merchant and real estate entrepreneur of mid-19th century New York. He was one of thirteen children of Huguenot decent. He was able to use the profits he acquired from his merchant business, and the Revolutionary War, to buy real estate in Manhattan, which ultimately established the Goelet family fortune.

During the Civil War, 813 Broadway was the home of the Hall of the Loyal National League, an organization established to support the Union and bring about the end of slavery throughout the country, not just in the slave states in revolt (as the Emancipation Proclamation did). The Loyal National League was composed of some of New York City’s most elite men. The league had locations all throughout the country during the Civil War with the 813 Broadway location being one of the largest and most prominent. 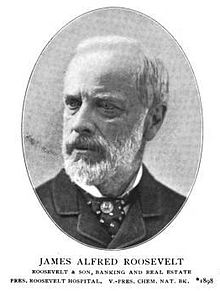 The Secretary of the League was James. A Roosevelt, uncle of future president Theodore Roosevelt. James Roosevelt first started at his father’s mercantile firm, Roosevelt & Son, at the age of twenty, eventually taking over the businesses. He was connected with many prominent New York and American institutions, including the Chemical Bank of New York, of which he was Vice-President; the Broadway Improvement Company, which he led; the Bank of Savings, of which he was Vice President; and the New York Life Insurance Trust, of which he was Director. The Roosevelt family had considerable land holdings in the area at the time; present-day 815 Broadway, 836 Broadway, and 841 Broadway were also built by the Roosevelt family. 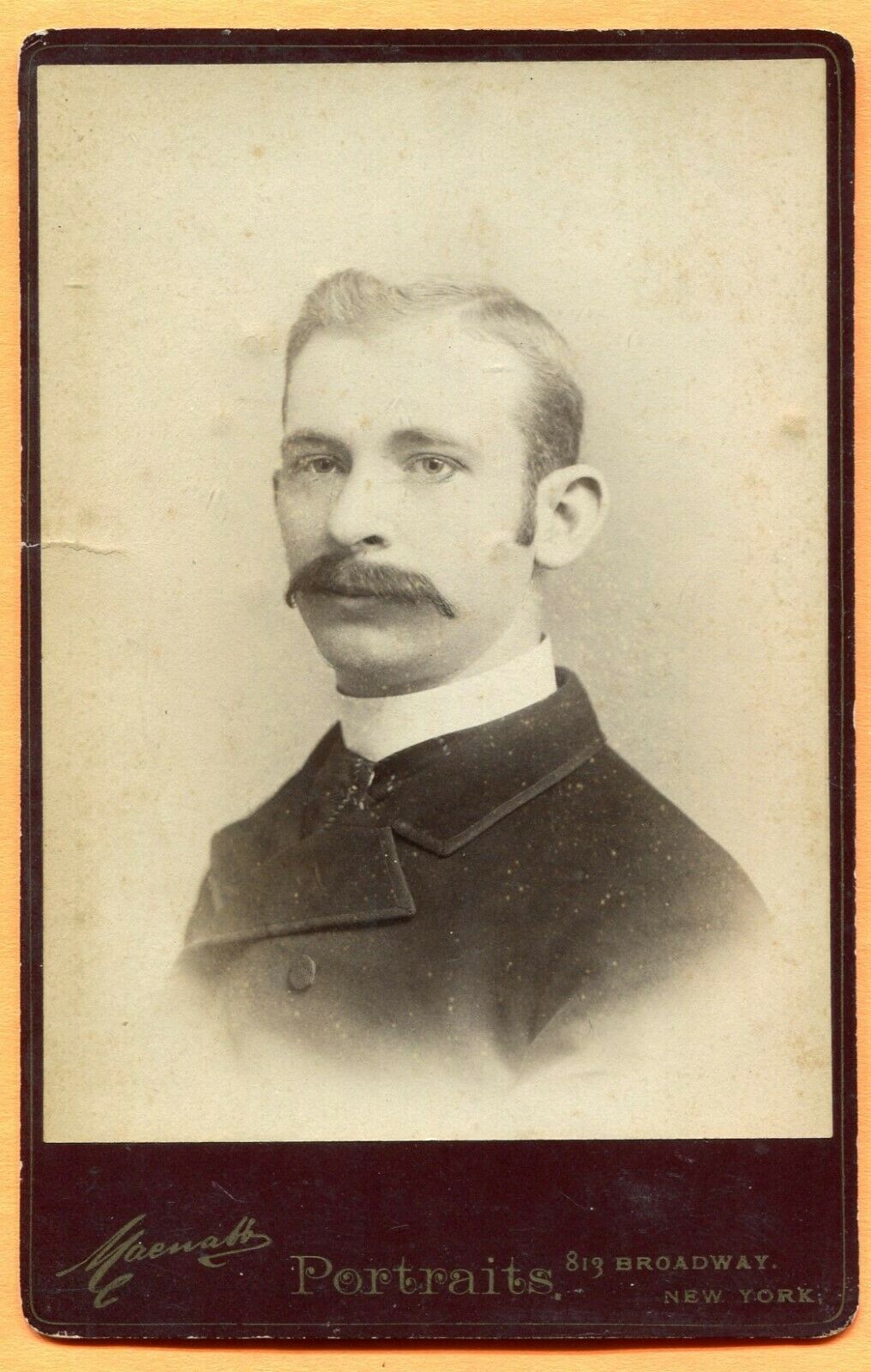 According to an 1885 book, “New York’s Greatest Industries,” the building also hosted one of New York’s premier photographers of the late 1800s, Macnabb Portraits. The book states that he was “a leading photographer of the metropolis, and one who is an authority on all matters pertaining to photographic art…No studio in the city is more eligibly or centrally located…he is considered to be one of the foremost in this artist profession today.”

Currently lacking landmark protections, this and many surrounding buildings in the area south of Union Square could be altered or torn down at any time. If you would like to change that, please send a letter to city officials urging landmark designation for this and surrounding buildings here. And to find out more about the rich history of the area, see www.gvshp.org/research, and about our efforts to save it, go to www.gvshp.org/savemyneighborhood.

One response to “Why Isn’t It Landmarked?: 813 Broadway”