“Devonshire House” is a 13-story residential building designed in 1928 by Emery Roth. The Devonshire House design includes an eclectic mix of Beaux Arts and Romanesque Revival details, not unlike the mixtures seen in the detailing on other of Roth’s great apartment house works, such as the Beresford and the San Remo on Central Park West. Indeed, Roth was the designer of many of the great pre-war apartment buildings in New York, including the landmarked El Dorado,  Normandy, Ardsley, and Oliver Cromwell apartments on the Upper West Side, the St. Moritz and the Ritz in Midtown, and 888 Grand Concourse in the Bronx. 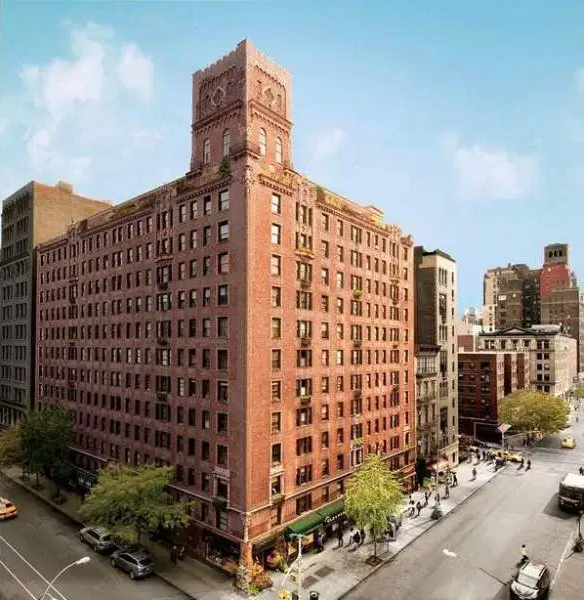 In spite of its impressive architectural pedigree, neither Devonshire House nor any of its surroundings in the area south of Union Square are landmarked.  We’re working to change that.

One the most unique features of this remarkable building lies at top of the entablature.  There incised is the Latin term, “cavendo tutus,” which translates roughly as “safety by taking care”  — prescient words.  The phrase is the motto of the Dukes of Devonshire. 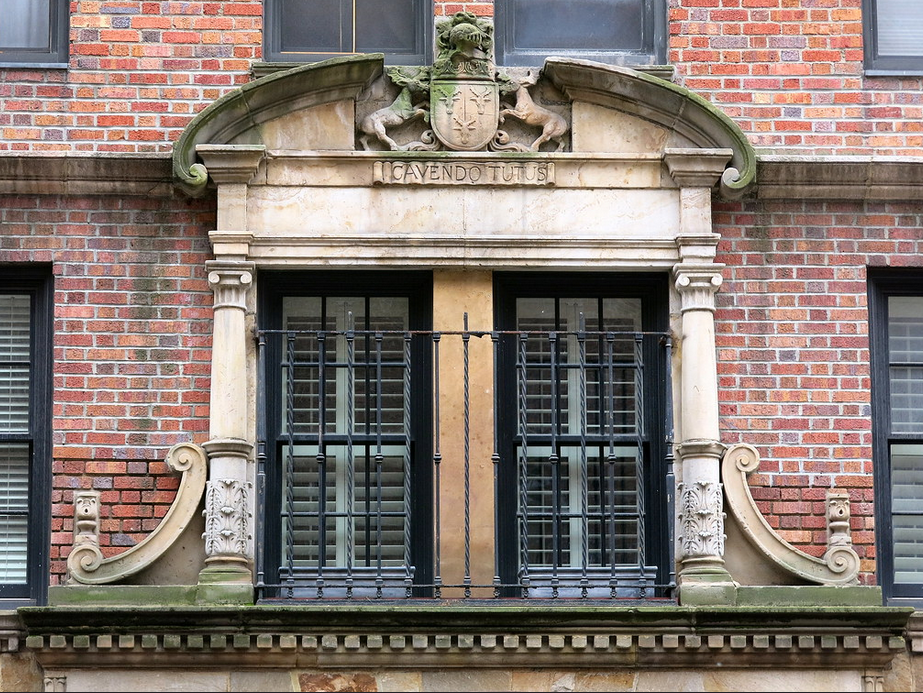 This is but one of the building’s unique and beautiful elements.  Simple in its form in some places while elaborately detailed in others, the corner building is clad in red Flemish bond brick with an interesting mix of classical and eclectic ornamental detail at its lower stories and top two stories. At the first floor, polychromatic irregular stone blocks are interwoven with the red brick around the outermost windows at the second story of both facades. The first story is capped by dentil molding. The surround at the residential entry on the East 10th Street façade also utilizes polychromatic stone with a segmental arched doorway. Above the entry is a fanciful stone surround with engaged Ionic columnettes supporting an entablature capped by a broken segmental arch pediment. 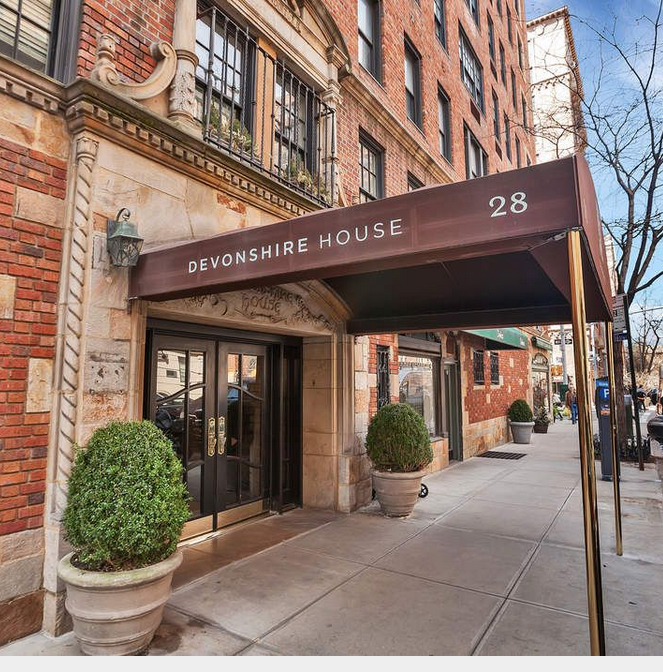 The windows at the ends of each façade have stone enframements, with elaborate ones at the second and third floors. At the two top floors, two sets of windows per façade have elaborate surrounds that span those top two floors and feature Churriguerresque-inspired columns and arches.  At the roof line, a tiled roof like projection runs below the crenelated parapet. Near the corner of the building at the roof is the very visible water tower surround, which also has a crenelated parapet and a quatrefoil-shaped opening at each visible face.

Emery Roth designed four other residences in Greenwich Village, all of which similarly add a classic yet ecelctic element to the streetscape: 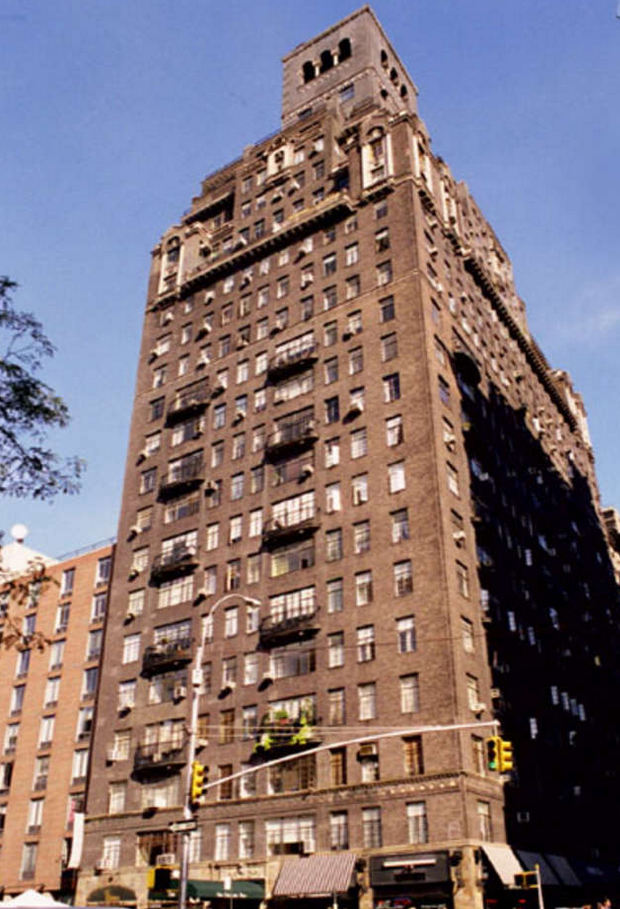 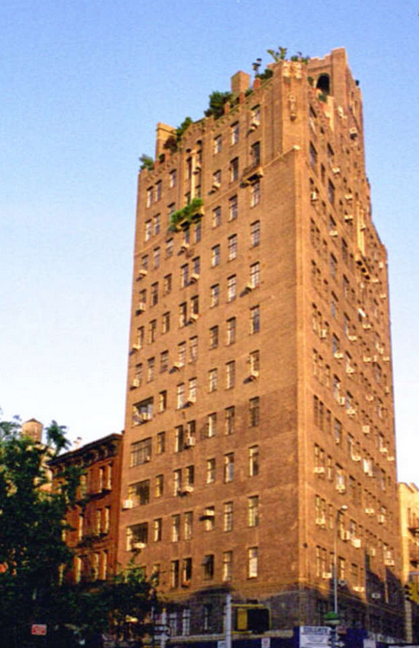 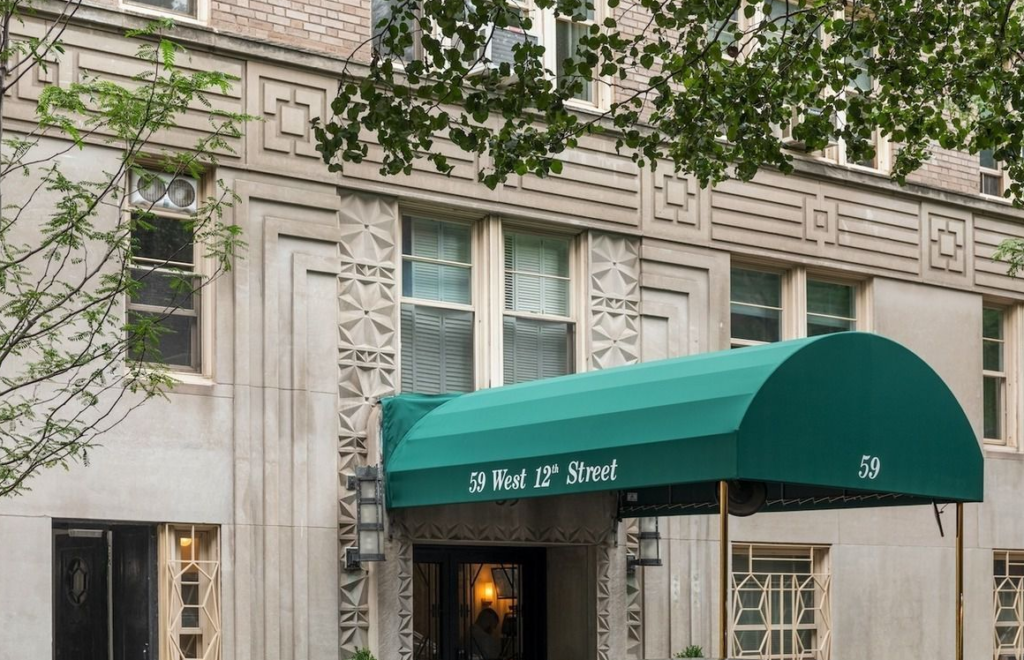 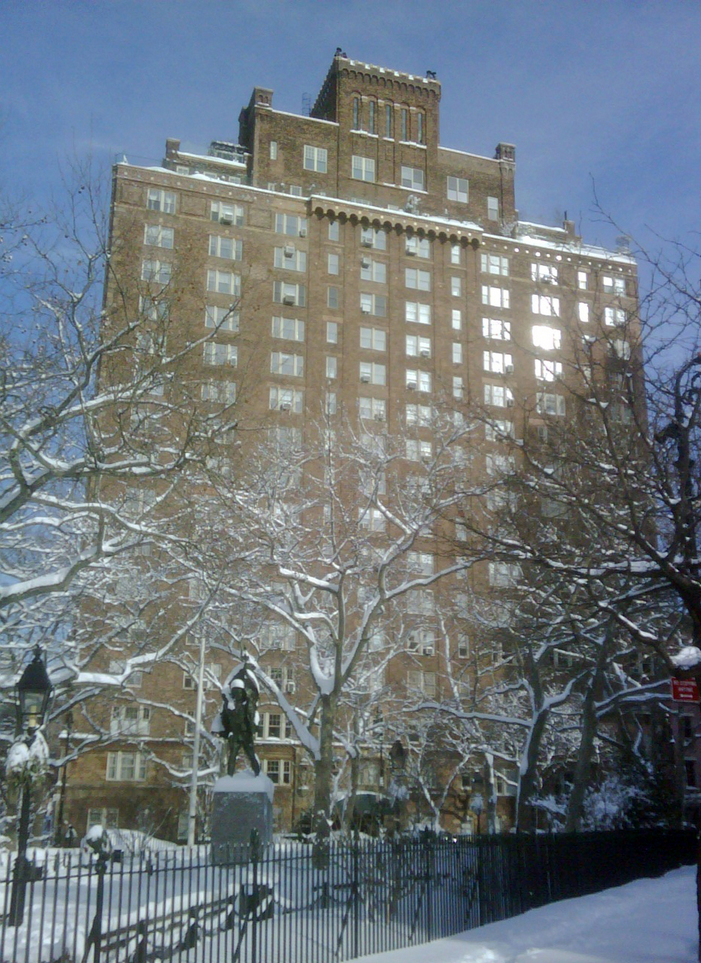 You can read more about the beauty of the buildings in the Broadway/University corridor here.

You can also join us in urging the city to protect the vital history and beauty of this neighborhood, which is endangered because, unique among Greenwich Village and the East Village, it is lacking in both landmark and zoning protections.  Click here to send a letter to city officials supporting landmark protections for the area now.