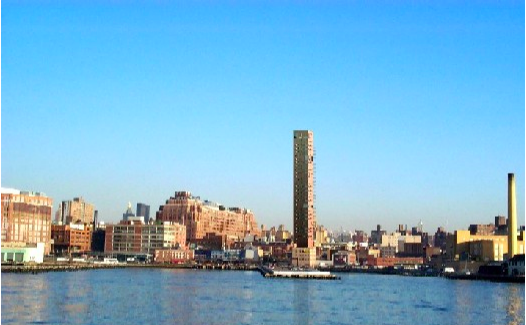 Village Preservation successfully blocked two different attempts by a developer to get around zoning regulations for the neighborhood and build a nearly 500 ft. tall tower on this site at 13th Street — first by defeating a zoning variance, and then by getting the City to reverse a decision that would have allowed the developer to sidestep prohibitions on residential development in the Meatpacking District.