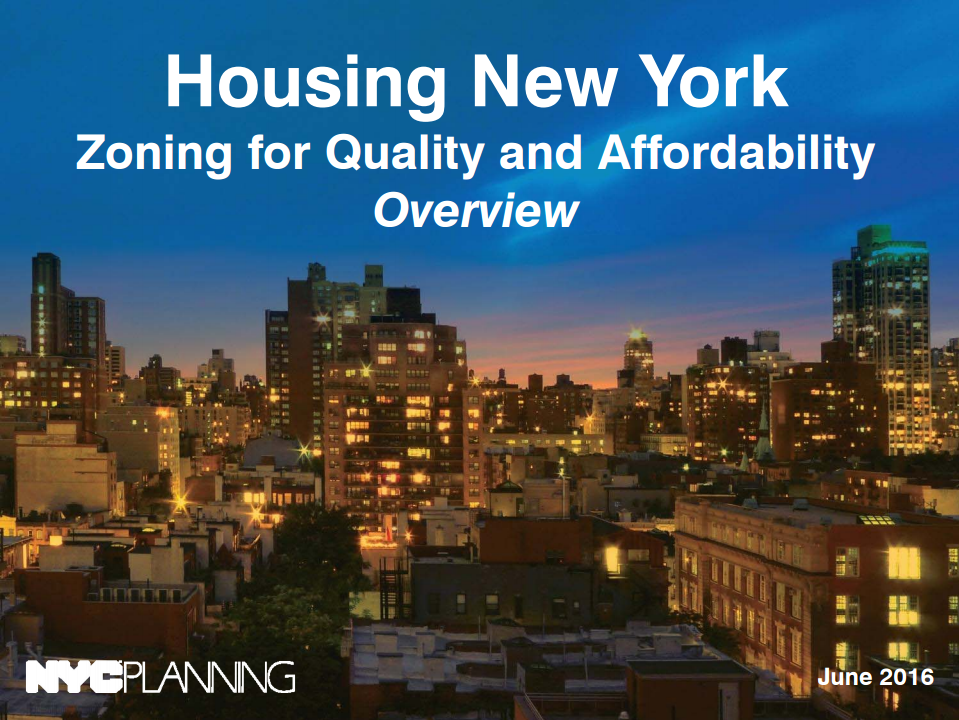 In 2015 Mayor de Blasio put forward his ‘Zoning for Quality and Affordability’ plan to change citywide zoning rules to allow for larger and taller buildings in contextual zoning districts.  Village Preservation and community groups throughout the city had fought for years for these zoning protections, which in almost all cases were a compromise of the regulations they sought.  The Mayor’s proposal allowed larger buildings for purely market-rate developments, and even larger increases for those that included 20% affordable housing (which the existing contextual zoning rules already gave special allowances to), claiming without evidence that it would increase the production of affordable housing. Village Preservation led the citywide effort in opposition to the proposed changes, winning substantial changes, including a complete elimination of the proposed increases for purely market-rate housing and significant reductions in the proposed (and unnecessary) allowable height increases for developments that include 20% affordable housing.

Part 4: City Planning Commission Public Hearing re: Zoning for Quality and Affordability and Mandatory Inclusionary Housing (Village Preservation Testimony from 33:52 to 45:15 and 1:07:30 to 1:18:05)