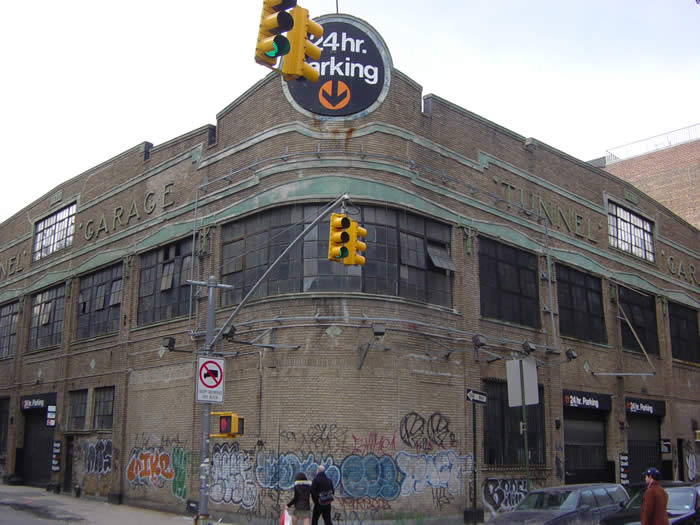 This 1922 structure was an ode to the early automobile age and the engineering marvel which was the not-yet-completed nearby Holland Tunnel, the first vehicular connection across the Hudson. It was also a striking example of early proto-Art Deco architecture. Village Preservation fought to save the building and its polychrome terra cotta medallion of a Model-T Ford emerging from the Holland Tunnel from demolition, but the City refused to landmark it, and it was demolished. Ten years later the City finally included this site and 160 others in the Sullivan Thompson Historic District we fought for and secured — too late to save the building.

City Refuses to Landmark Tunnel Garage, Demolition Begins 04/19/2006
Demonstrations to Save the Tunnel Garage, 3/24/06 & 12/18/05
Village Preservation Asks Landmarks Preservation Commission to Save Tunnel Garage 03/07/2006
GVSHP Gets Determination of Eligibility for Listing on State and National Register of Historic Places for Tunnel Garage and other Support 10_28_2005 10/28/2005
Letter to the LPC from Miami Design Preservation League 03/28/2005