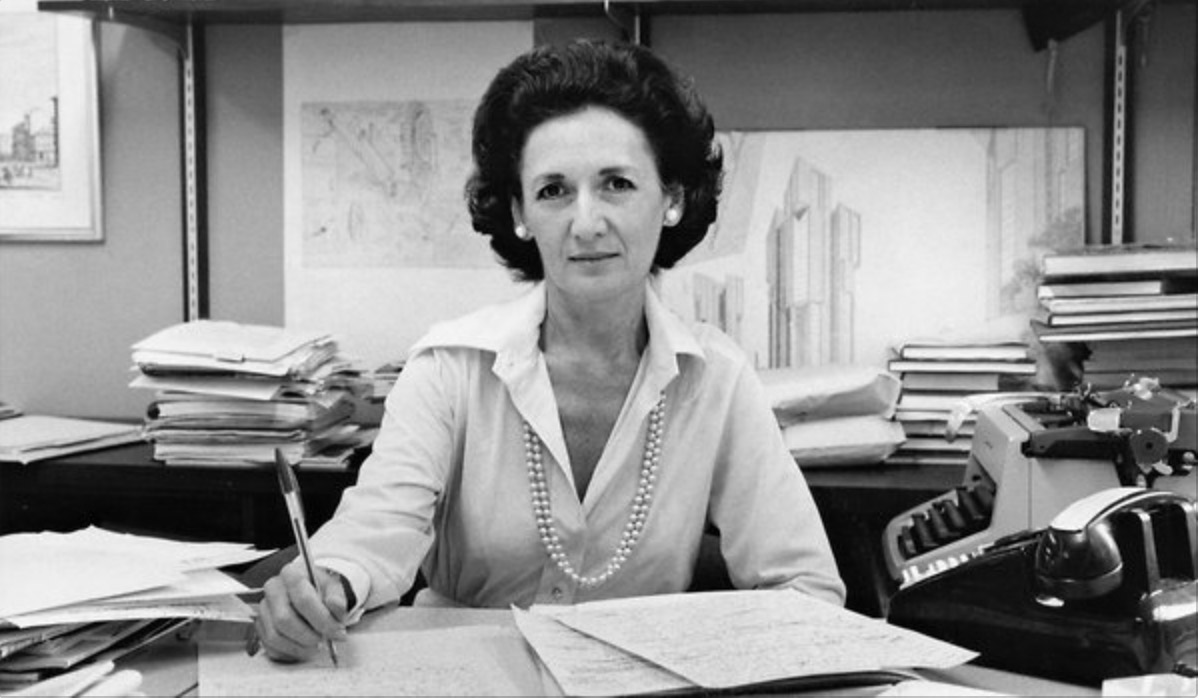 March 14, 2021 marks what would be Ada Louise Huxtable’s 100th birthday. Huxtable (1921-2013), a native New Yorker, was a pioneer in architectural criticism, and a champion of livable cities. As the first full-time architecture critic at a major American Newspaper (The New York Times created the position specifically for her in 1963), she won the first Pulitzer Prize for distinguished criticism in 1970, and helped redefine architecture in the public consciousness as “a very real and important art [because] it affects us all so directly.” Her writing on architecture, urban design, and planning helped bring those topics into the popular consciousness and encouraged New Yorkers to see the buildings around them as part of their lives. She championed “humanity of scale,” and buildings that were “integrated into life and use,” writing “what counts more than style is whether architecture improves our experience of the built world; whether it makes us wonder why we never noticed places in quite this way before.” Huxtable helped us do exactly that.

On this virtual tour of her New York, we will learn about her life, see buildings she praised and those she decried, and consider her legacy as a writer, an urbanist, and a champion of the collective work of city-making.

Lucie Levine is a licensed, star-rated New York City tour guide, passionate history nerd, and founder of Archive on Parade, which takes New York City’s fascinating history out of the archives and into community events built on a potent combination of rigorous research and fabulous storytelling flair.

Co-hosted by the Historic Districts Council, Friends of the Upper East Side, Landmark West! and the New York Preservation Archive Project as part of Village Preservation’s Women’s History Month programming