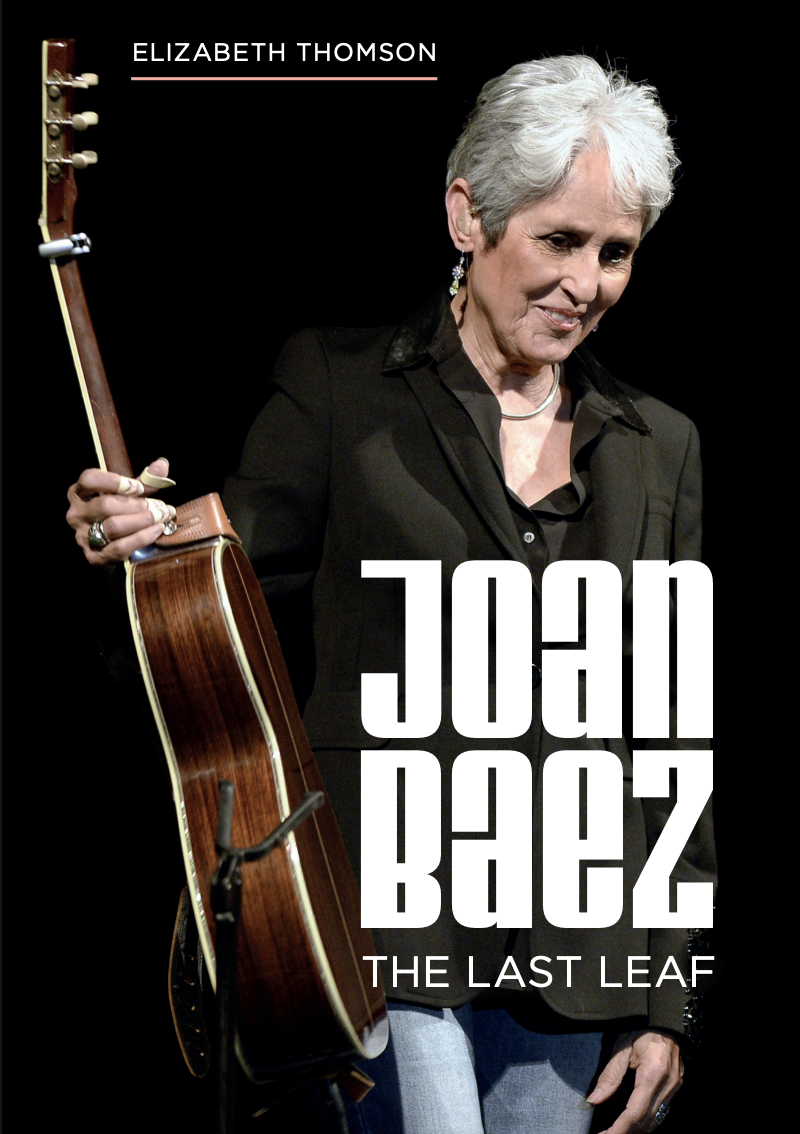 As musician and activist Joan Baez turns 80, join us for a special celebration of her remarkable life and work with Liz Thomson, author of Joan Baez: The Leaf, which Mojo, in a five-star review, described as “the definitive biography.” A singer with a voice “as lustrous and rich as old gold,” Baez has mentored generations of singer-songwriters, most notably Bob Dylan. Drawing on interviews with long-time friends and musical associates and with Baez herself, Joan Baez: The Last Leaf is a celebration of a timeless and influential musician who has made her mark in our neighborhood and around the world. The book includes a detailed discography by Grammy-nominated music historian Arthur Levy who will be joining the conversation along with David Massengill, whose work Baez has recorded.

David Massengill “emigrated” from Tennessee to Greenwich Village in the mid-70s. He’s still here, now recognized universally for his pivotal role in keeping the American folk music tradition alive. “A master of vivid lyrical imagery” (Boston Globe), his songs have been recorded by Joan Baez, Dave van Ronk and the Roches, among others.

Arthur Levy, who compiled The Last Leaf’s detailed discography, contributed the liner notes to the 21st century remasters of the entire Joan Baez catalog and has annotated 125 historic folk, rock, blues, jazz, and country albums. A two-time Grammy-nominated music researcher and archivist, he is a Lifetime Member of the Recording Academy.

Elizabeth (Liz) Thomson has interviewed Joan Baez numerous times and was present at the recording sessions for Ring Them Bells at the Bottom Line. A contributor to The New Grove Dictionary of  Music & Musicians, she is the revising editor of Robert Shelton’s classic biography, Bob Dylan: No Direction Home. Liz is the founder and Executive Producer of The Village Trip, an annual festival celebrating the history and heritage of Greenwich Village.