“Godlis Streets” of the Lower East Side: Book and Photo Talk with David Godlis 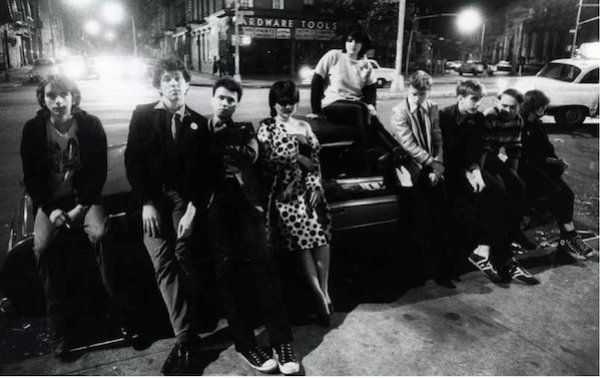 Join us for a romp through New York City and the Lower East Side in photographs. Named one of the New York Times Best Art Books of 2020, photographer David Godlis’ book Godlis Streets takes us deep into the recession-tattered Manhattan of the 1970’s and 1980’s. When on the street armed with his camera, Godlis describes himself as “a gunslinger and a guitar picker all in one.” He has spent 40 years walking around the streets of New York by day, shooting whatever interesting catches his eye.

Known for his night photographs of the Bowery punk scene at CBGB between 1976 and 1979 – including Blondie, Patti Smith, the Ramones, Talking Heads, and Richard Hell — Mr. Godlis will discuss that series of photographs, as well as a series of his color photographs from the 1980’s of long-gone storefronts In the East Village.

Born in Manhattan in 1951, David Godlis is one of the most important image-makers of his generation, working as the photographer for Film at Lincoln Center covering the New York Film Festival for the last 30 years.

This event is part of LES History Month!