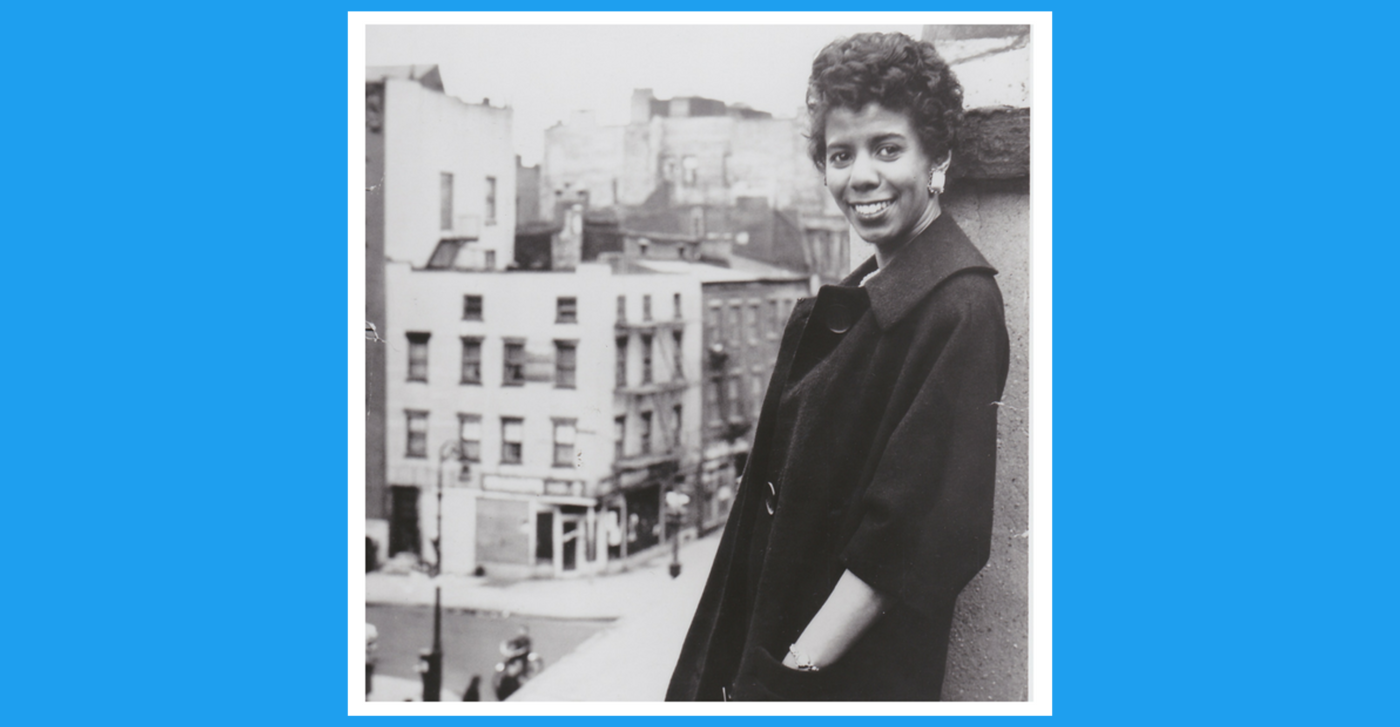 Playwright, activist, and villager Lorraine Hansberry is best known for her award-winning play “A Raisin in the Sun,” which premiered on Broadway in 1959. She had an unflinching commitment to social justice which brought her under FBI surveillance in her early twenties. Hansberry was close friends with James Baldwin as well as Nina Simone, whose song “Young, Gifted, and Black” was dedicated to the playwright. Scholarship of Hansberry’s life has largely been relegated to her one mainstream work, but biographer and scholar Dr. Imani Perry chose to explore Hansberry’s life with careful attention to her queerness, feminism, and Black radical politics in her acclaimed 2018 biography Looking for Lorraine: The Radiant and Radical Life of Lorraine Hansberry. Dr. Perry will join us to explore Hansberry’s work and life as a true Village voice.

Dr. Imani Perry is a scholar of law, literary and cultural studies, and an author of creative nonfiction. She is the Hughes-Rogers Professor of African American Studies at Princeton University. Her writing and scholarship primarily focus on the history of Black thought, art, and imagination crafted in response to, and resistance against, the social, political, and legal realities of domination in the West. Dr. Perry’s many books, including “Looking for Lorraine: The Radiant and Radical Life of Lorraine Hansberry,” have received numerous awards and nominations. Her future planned projects include a new book taking readers on a narrative journey through the American South’s heartlands, as well as other research initiatives which examine African American theories of law and justice and meditate on the color blue in Black life. She earned her Ph.D. in American Studies from Harvard University, a J.D. from Harvard Law School, an LLM from Georgetown University Law Center, and a BA from Yale College in Literature and American Studies.

Want to know more about Lorraine Hansberry and her life in our neighborhoods? Join us for our Village Voices benefit, an installation throughout our neighborhoods featuring photographs, artifacts, and recorded narration that highlight beloved aspects of the Village.