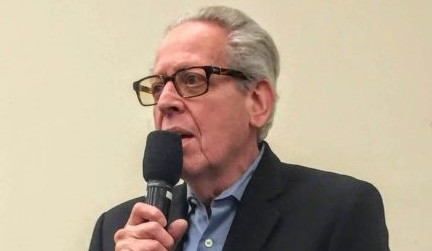 To celebrate the release of Michael E. Levine’s Village Preservation Oral History, join Levine and Village Preservation Executive Director Andrew Berman for a conversation that will explore the roots of the Greenwich Village Historic District; SoHo; the Stonewall Riots and its legacies; his life with Congregation Beit Simchat Torah; and much more.

Michael E. Levine is an urban planner who worked as the NYC Department of City Planning’s Community Board #2 liaison beginning in the 1960s, and was intimately involved in the landmark designation of the Greenwich Village Historic District as well as pioneering zoning and landmark designations for SoHo. Born and raised in Brooklyn and a resident of Greenwich Village since 1967, Levine participated in the 1969 Stonewall Riots, and has been involved in many aspects of community affairs and planning in Lower Manhattan for over fifty years.