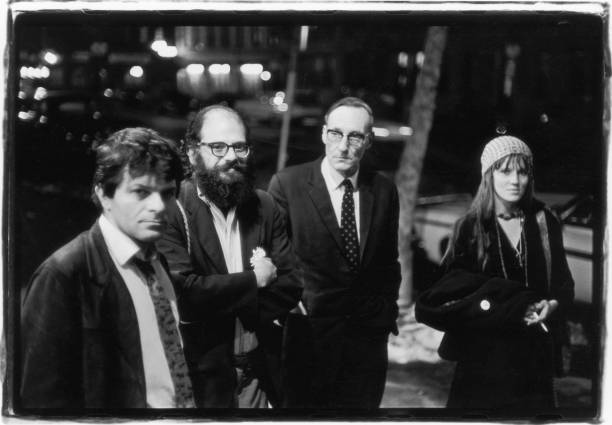 Plaque unveiling to commemorate the Beat Generation in the East Village at the former residence of Allen Ginsberg and William S. Burroughs

We will be installing a plaque to commemorate the Beat Generation at a building where Allen Ginsberg and William S. Burroughs lived early in their career. The two, along with occasional visitor Jack Kerouac, formed the nucleus of this influential post-war countercultural movement. We will hear excerpts from their work and a discussion of the importance of the Beat Generation and of these authors’ early work.

More details and updates to come. Register today to secure your spot!

Bob Holman
Bob Holman has been making poetry downtown for over 25 years. Among his many endeavors, he is perhaps best known locally as the impresario of the Bowery Poetry Club, founded in 2001 and morphed into Bowery Arts + Science last year. He is the author of 16 works of poetry.

Bob Rosenthal
Bob Rosenthal, Ginsberg’s memoirist and long-time secretary, is a poet and playwright whose works include: Straight Around Allen: On the Business of Being Allen Ginsberg; Cleaning Up New York; the books of poetry Morning Poems, Lies About the Flesh, Rude Awakenings, Viburnum, and Eleven Psalms; and the following plays co-written with Bob Holman: The Cause of Gravity, The Whore of the Alpines, Bicentennial Suicide, and Clear The Range.

Regina Weinreich
Regina Weinreich, a filmmaker and widely published culture critic, is the author of Kerouac’s Spontaneous Poetics (1987), one of the earliest full-scale critical studies of Jack Kerouac’s literary work. She edited and compiled Kerouac’s Book of Haikus and wrote the introduction to Kerouac’s You’re a Genius All the Time. She co-produced/directed the award-winning documentary Paul Bowles: The Complete Outsider and co-wrote The Beat Generation: An American Dream. On the faculty of the Department of Humanities & Sciences at The School of Visual Arts, she teaches courses in Beat literature and aesthetics.

See Photos from the Unveiing

Watch Video of the Event