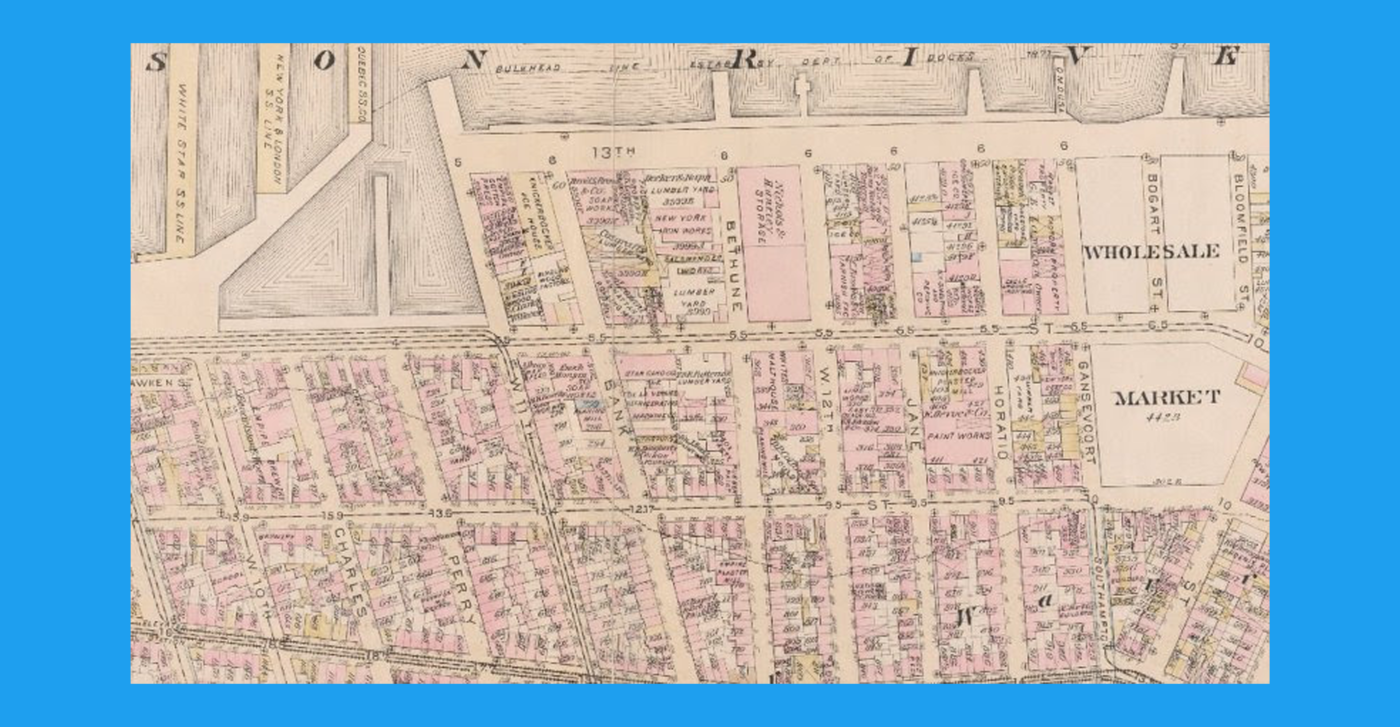 The former 13th Avenue ran from the Meatpacking District to Chelsea Piers, and was demolished to make room for larger berthed ships, including the Titanic. Jeffrey Trask examines the development of the Greenwich Village waterfront in the nineteenth century, and he uncovers the hidden history of Thirteenth Avenue — a small-scale maritime district on the far edge of the West Village that stood in the way of the lucrative Transatlantic steamship trade. Siding with mercantile interests over those of small manufacturers, the city condemned Thirteenth Avenue in the 1890s and reclaimed it for the Hudson River to make way for the Chelsea Piers.

Jeffrey Trask specializes in the social and cultural history of the United States and the history of cities. He has a Ph.D. in history from Columbia University, an M.A. in Museum Studies from the Fashion Institute of Technology, and a B.S. in Design from Radford University. His research and teaching focus on the aesthetic economy of cities, with particular focus on the relationship between the arts, aesthetic and stylistic elements of the built environment, and political and economic relations. His new research looks at the relationship between the design and planning of industrial spaces and the social and cultural politics of urban growth.

Co-hosted by Village Preservation and the Village Alliance