Tenement Typologies of the Lower East Side 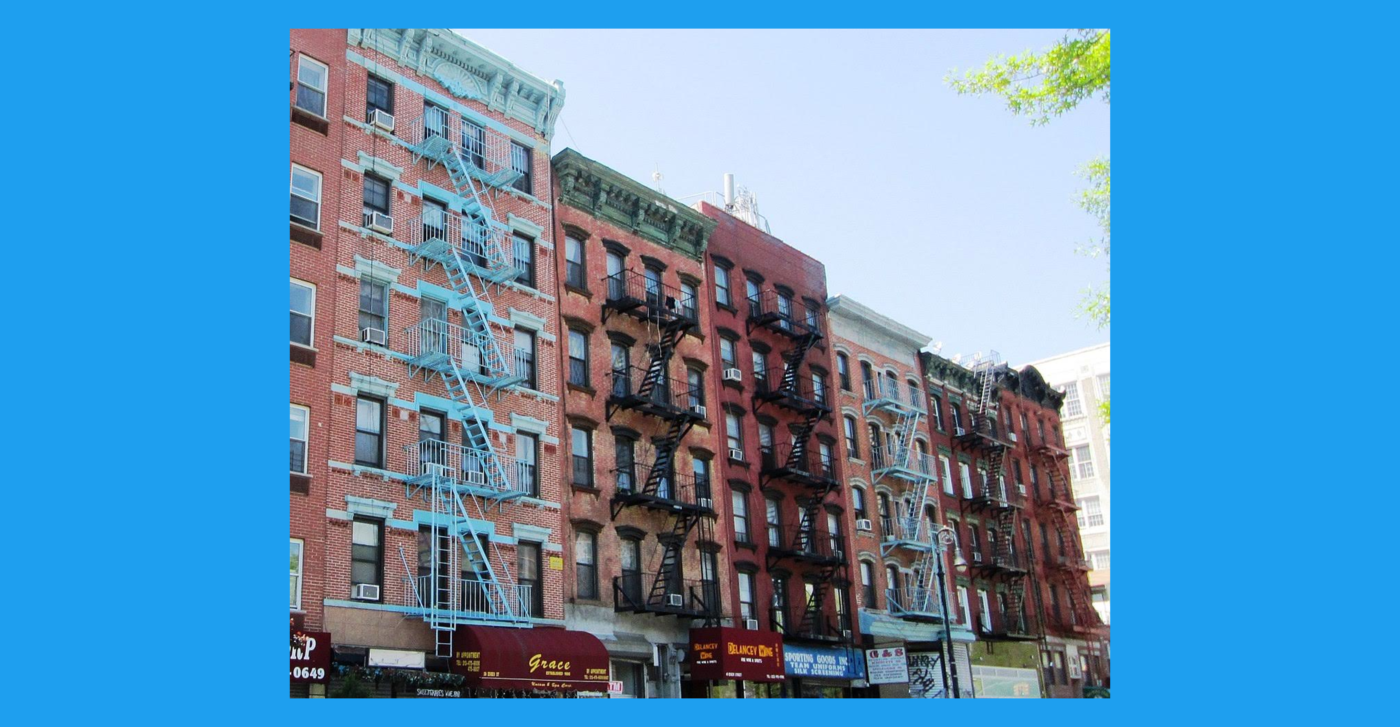 Pre-registration is required. Please note this is an hour-long walking tour across the sidewalks and streets of NYC. If you would like to request accommodations, please reach out to us as soon as possible.

While tenement buildings are known for their cramped living conditions, they are also a unique architectural type that evolved significantly in response to local law, politics, and fashionable architectural styles. This tour will explore various styles of tenement buildings in the East Village that are emblematic of tenement construction throughout New York of the late 19th and early 20th centuries, and explain the social forces that shaped their physical form. We’ll look at pre-law, old-law, and new law tenements, and housing in a range of styles from Italianate and Neo-Grec to Beaux Arts and Neo-Renaissance.

Meeting Place: This will be shared via your registration email ahead of the event.

Anna Marcum (She/Her) is VP’s Director of Research and Preservation. She is an architectural historian and preservationist based in Brooklyn who has worked on historic preservation projects in cities across the country, from Boston to New Orleans, Los Angeles to the Texas Gulf Coast. She came to Village Preservation from the Center for Architecture on LaGuardia Place, where she expanded the organization’s institutional giving program and played an integral role in the creation and implementation of the Center for Architecture Lab, a multi-month, multi-disciplinary residency program for new voices in architecture and design. Anna holds a Master of Preservation Studies from the Tulane University School of Architecture in New Orleans, Louisiana, where she was the recipient of the inaugural Ann and Frank Masson Graduate Research Fellowship, and a Bachelor of Arts in Art History from Barnard College of Columbia University.