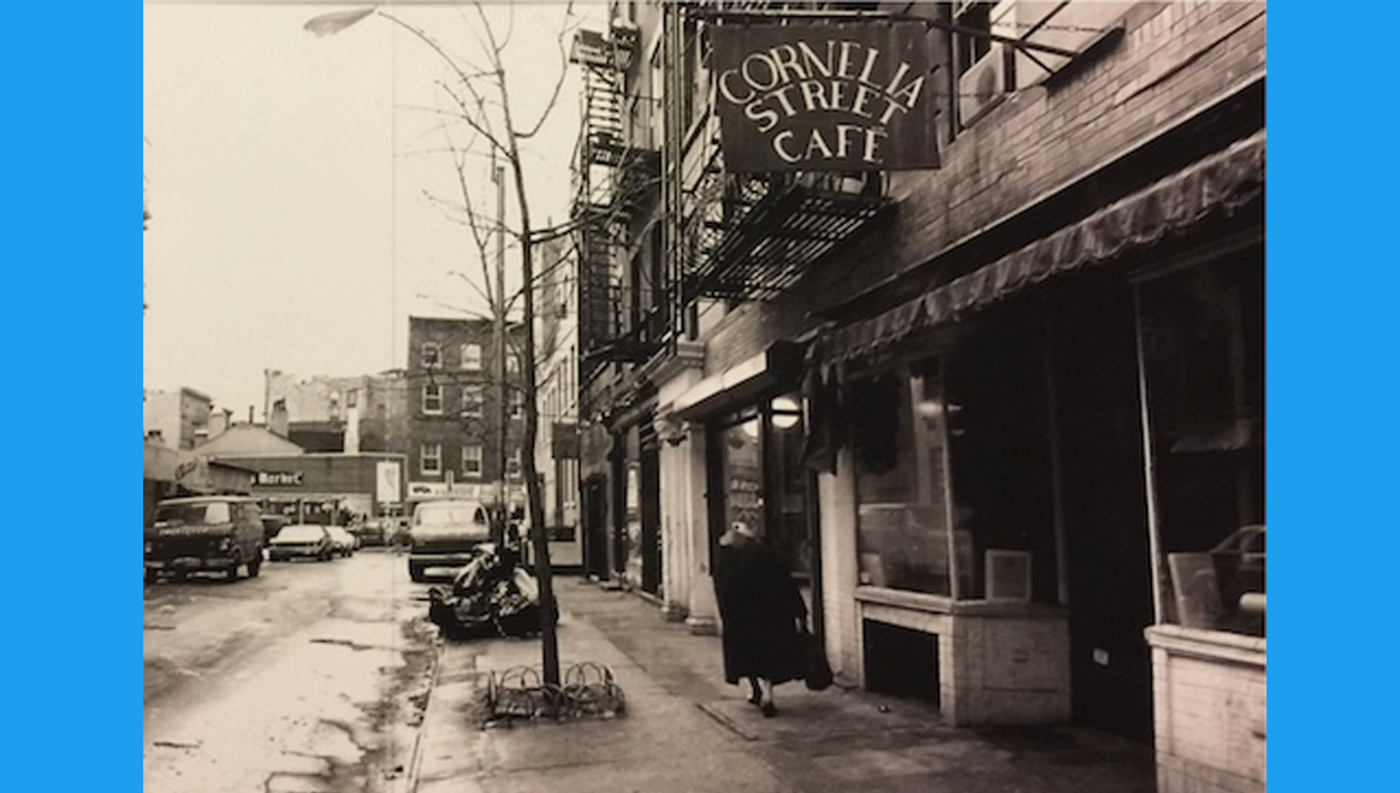 Join us for a very special continuation of the “virtual coffeehouse” we held back in January with Robin Hirsch, writer, performer, co-founder, and operator of the Greenwich Village-based Cornelia Street Cafe for 41+ years. Join us as we delve into more tales of art, music, science, the “croissant clause,” coffee, and community from his collection “The Whole World Passes Through: Stories from the Cornelia Street Café” and other writings.

“After their heyday in the fifties and sixties,” writes Hirsch, “cafés and coffeehouses, a staple of New York life, began to fall by the wayside… What follows begins the story of one which survived.”

Robin Hirsch is a former Oxford, Fulbright, and English-Speaking Union Scholar, who has taught, published, acted, directed, and produced on both sides of the Atlantic. But the titles of which he is proudest were self-bestowed: Minister of Culture, Wine Czar, and Dean of Faculty at the Cornelia Street Cafe, which he founded with two other artists in 1977, and which ten years later the City of New York proclaimed a “culinary as well as a cultural landmark.”