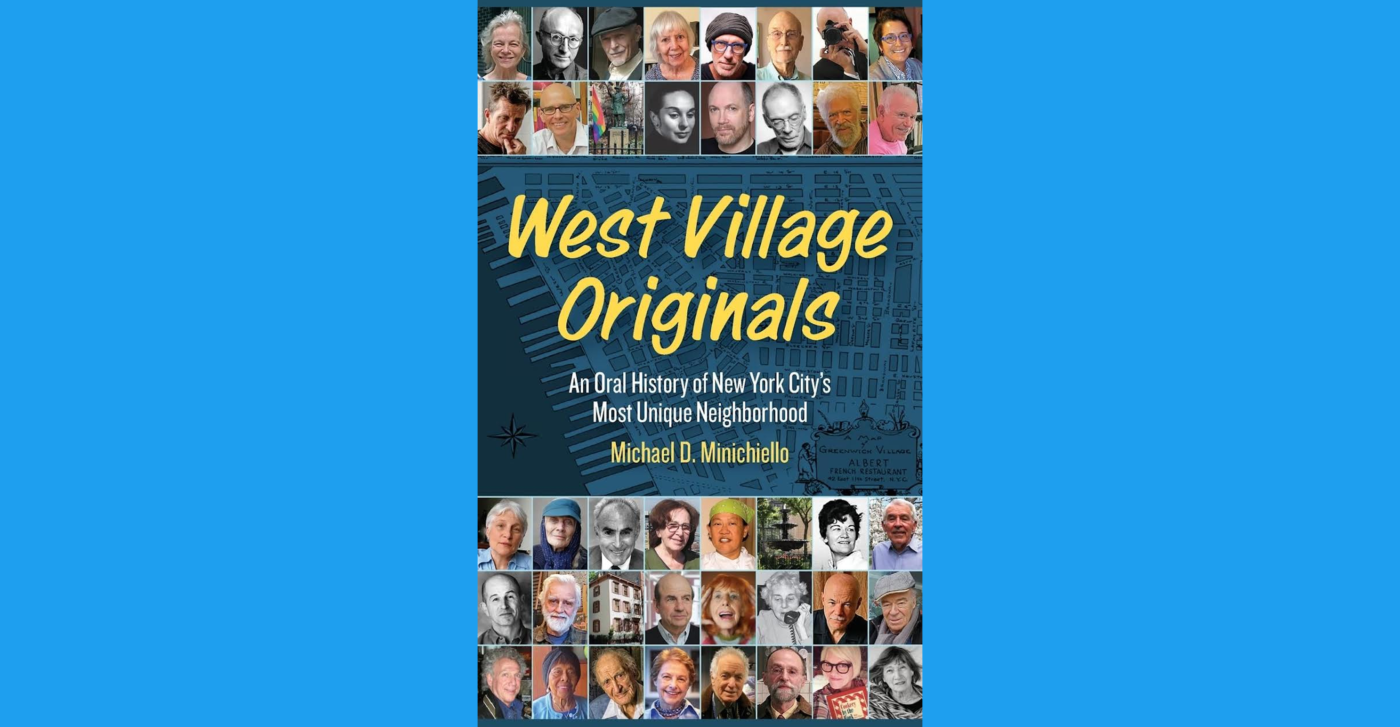 Known as “Little Bohemia” for well over a century, New York’s West Village has long been a haven for intellectuals, writers, artists, and activists. But the area began to witness vast changes as formerly cheap and subdivided rowhouses were transformed back into single family homes, and shops became emblazoned with the names of top fashion designers. West Village Originals captures both its roots and this profound shift, through ninety interviews with community activists, business owners, journalists, writers, and artists of all media. As they share their stories, we get a glimpse of both the reality and the myths that made this counterculture neighborhood, its past, present, future, and challenges. Join author and public historian Michael D. Minichiello to discuss his life and literary process.

Born in Nyack, NY, Michael D. Minichiello is an author and qualifies as a West Village Original himself, having moved to Perry Street while still a teenager. He received a BFA from Hunter College, a MFA from Columbia University’s School of the Arts, and pursued a career in graphic design. Since 1990, he has been living on Horatio Street—overlooking Jackson Square Park—with his spouse. Minichiello’s headshot was photographed by David Plakke.