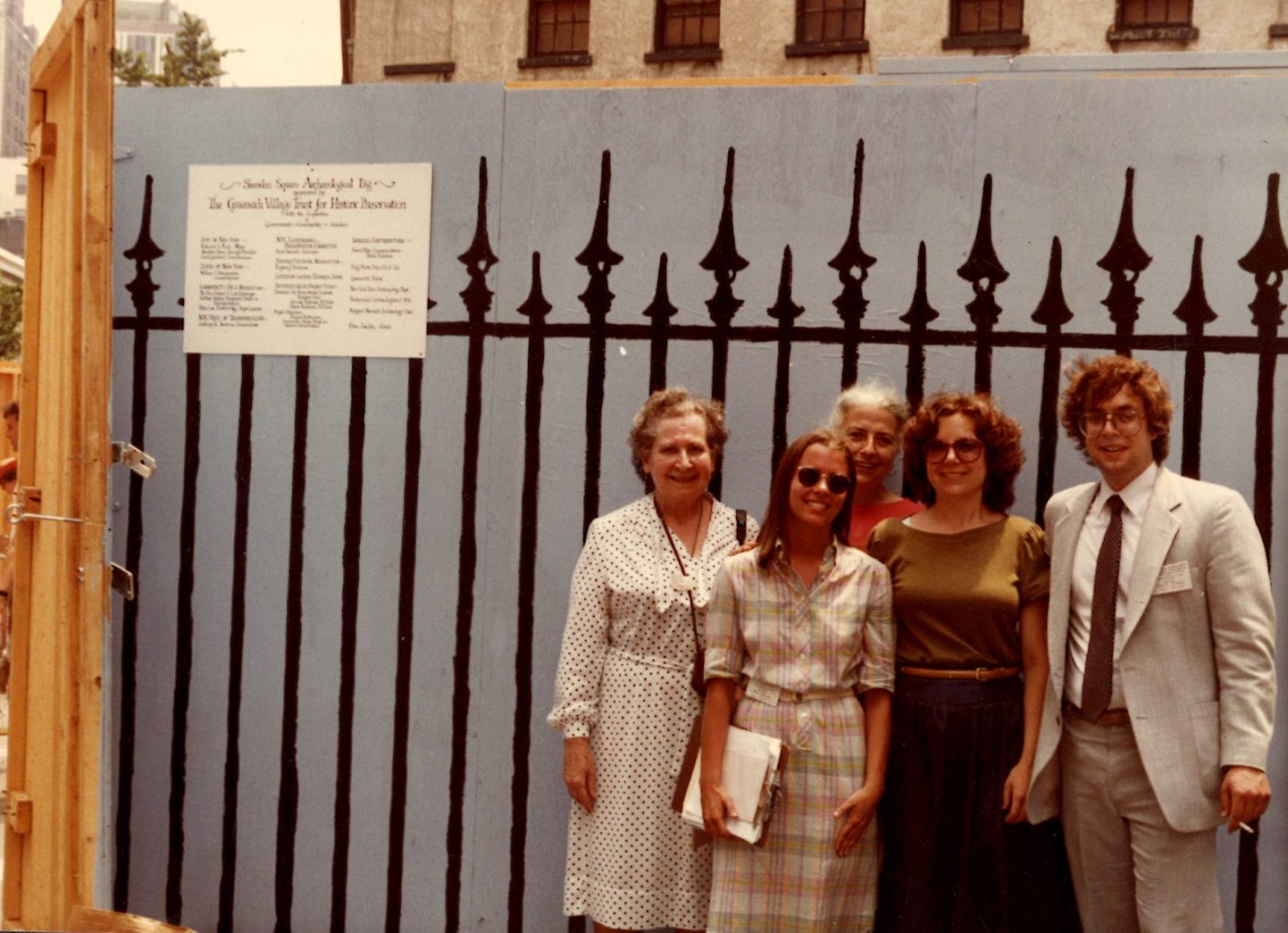 For most of the twentieth century, Sheridan Square served as nothing more than a traffic-safety island.  It wasn’t until 1982 that the area went from a paved triangle to a lovely viewing garden.  The genesis of this project came in July of that year when a group of Sheridan Square neighbors, the Sheridan Square Triangle Association, convinced the Parks Department to turn this plot of land into a garden.  Village Preservation’s then-Executive Director, Regina Kellerman, heard about these plans and thought it would be the perfect spot to conduct an archaeological dig since the 4,200 square foot triangle hadn’t been used since the early twentieth century and hadn’t really been touched at all prior to that.  Professional archaeologists contributed their time, and Dr. Anne Marie Cantwell, a  professor at Rutgers, agreed to direct the site excavation and involve her students.  Mostly it was Native American artifacts that were being searched for, many of which were uncovered.  The Sheridan Square Viewing Garden stands today, cared for still by its neighbors, as a reminder of the unity and commitment to history of Greenwich Village.