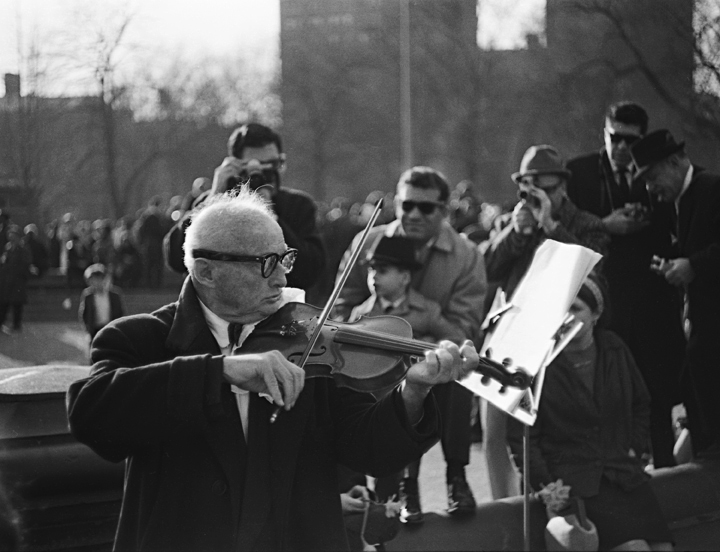 According to Pryor Dodge: “He was invariably stationed next to the flagpole (originally positioned next to the fountain). In contrast to the surrounding hip music, his repertoire of choice was the dense and harmonically complex Bach solo violin partitas. He evidently picked up the violin late in life, for his sound was scratchy and he had neither sense of rhythm nor phrasing, yet he intrepidly plodded along, note-by-note, without hesitation, content to participate amongst the hip crowd. His audience, some in disbelief, did admire him at least for his fortitude.”