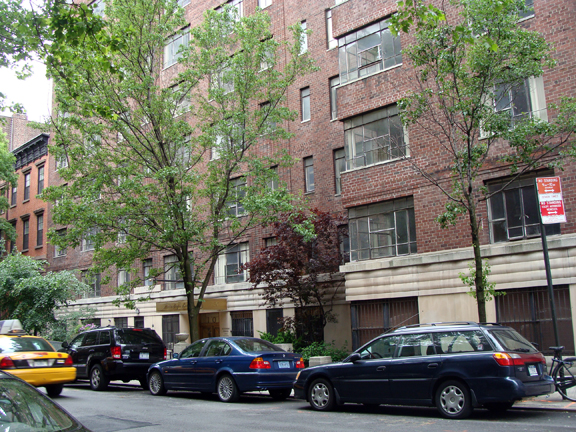 Application
An apartment house designed by H. I. Feldman and built in 1940-1941. Application is to replace windows.

This application will be shown the Landmarks Preservation Commission at a public hearing on June 1st, 2010. The application is to replace windows at various points on the building. All replacement window frames would be made of black painted aluminum.

1) Replacing windows along one corner of the building on 12th Street (see the 5th photo below). Replacement windows would be configured similarly to those that exist now, except for a few small changes including a reduction in the heaviness of the corner muntin: