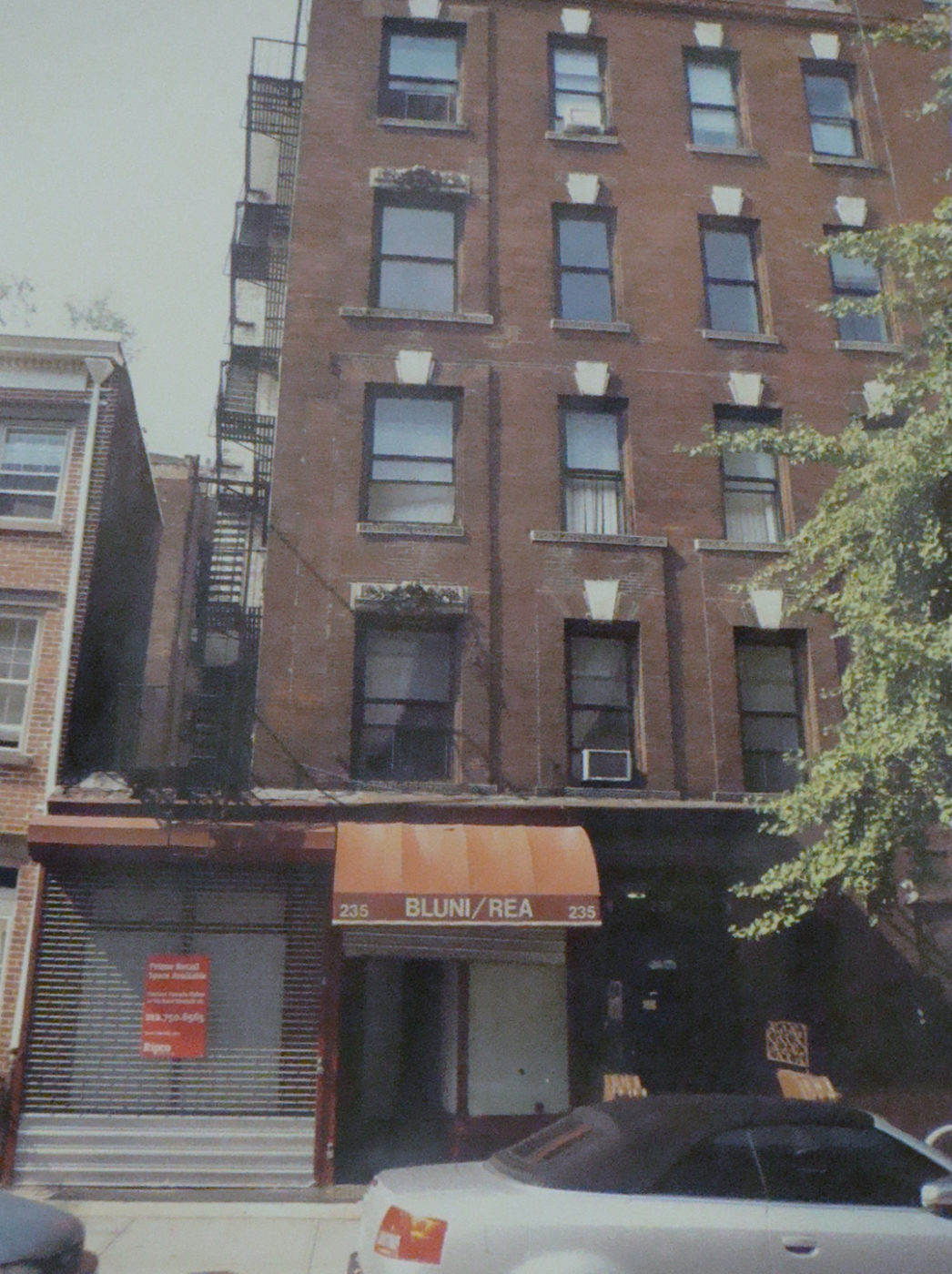 Application:
A neo-Georgian style apartment house with stores on the ground floor, designed by Bernstein & Bernstein and built in 1906-07. Application is to alter storefront infill.

This application has been withdrawn.

Status:
A public hearing on this application was originally scheduled to take place at the Landmarks Preservation Commission on Tuesday, May 4th, 2010. The application had been put forth in order to correct a number of changes to the storefront that, at the time, were believed to have been performed illegally. However, the application was withdrawn at the last minute from the May 4th agenda when it was discovered that these changes had indeed been approved at an earlier date.

1969 Designation Photo, taken by the Landmarks Preservation Commission when they designated the Greenwich Village Historic District