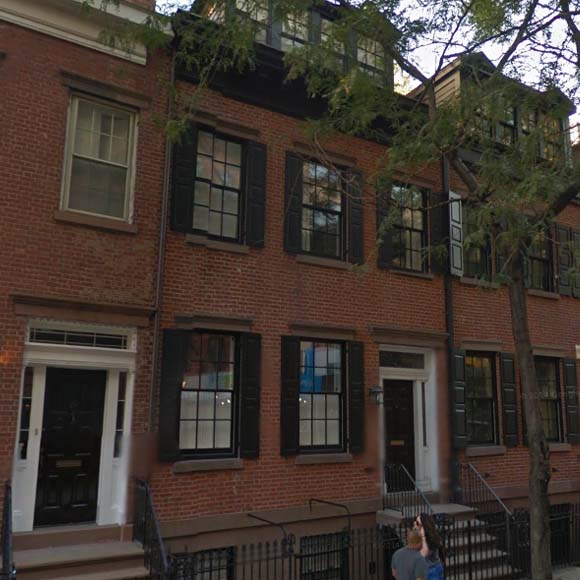 Status as of June 7th, 2010:
At the June 7th, 2010 Community Board 2 public hearing, the applicant presented a proposal that will be shown to the Landmarks Preservation Commission on June 15th, 2010. The applicant is proposing to:

Although the Commission’s agenda states that the application is also for the removal of lintel covers and the construction of a rooftop addition, the applicant has noted that these are NOT part of the proposal. This application does not propose any changes to the front facade.