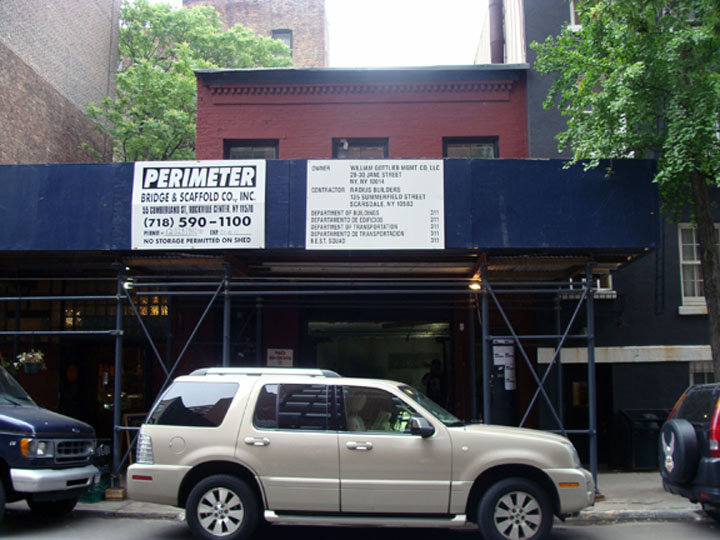 Application:
A stable building built in 1870. Application is to paint the facade and install a display window.

Status as of June 7th, 2007:
At the June 7th, 2010 Community Board 2 hearing, the architect presented plans for a proposal that will be presented to the Landmarks Preservation Commission on June 15th, 2010. The proposal entails converting the ground floor from residential to commercial and making the following changes: