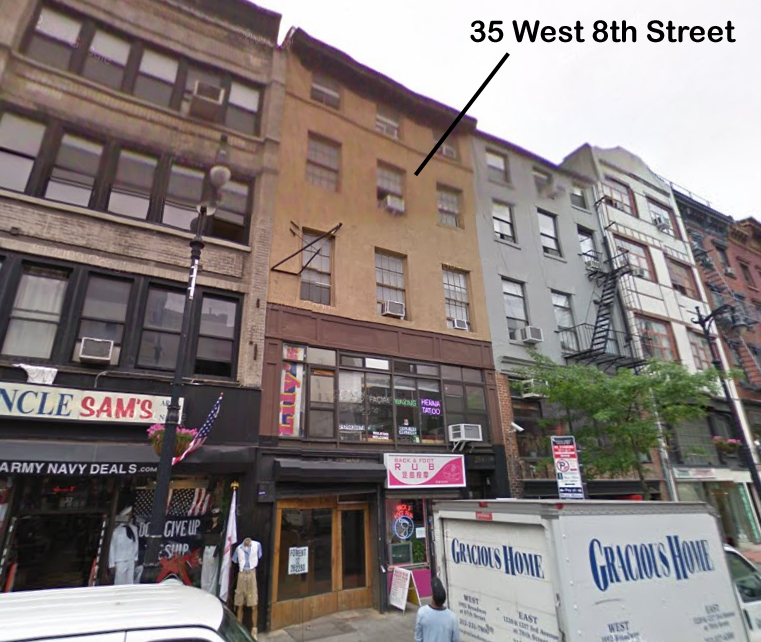 Application:
A rowhouse built in 1845 and altered in the early 20th Century to accommodate storefronts at the first and second floors. Application is to install storefront infill.

This application is closed.  Application approved on October 20, 2009.

The proposal is to alter the storefront for use as a restaurant and to remove the rolling gate & control box.