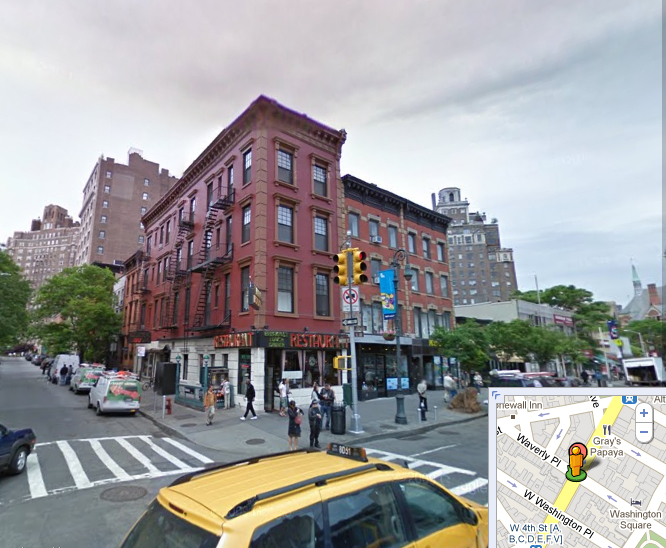 Application:
A Queen Anne style flats building designed by D. & J. Jardine Architects and built in 1877. Application is to modify the ground floor.

This application is closed.  Application approved with modifications on January 5, 2010.

Status:
A public hearing was held on this application at the Landmarks Preservation Commission on January 5th, 2009. The Commission approved the application, but asked for modifications to the proposal.

Changes were proposed to the Waverly Place storefront only. The existing liquor store would be replaced with expanded kitchen space for the restaurant. The liquor sign would be removed. The applicant proposed to maintain the existing white stucco for the entire storefront.

The Commission approved all aspects of the proposal except for the proposed color. After a long discussion, they finally decided that the color should be changed from white, although it would not necessarily need to be brown. It was left that the Commission’s staff would work with the applicant to decide on an appropriate color.