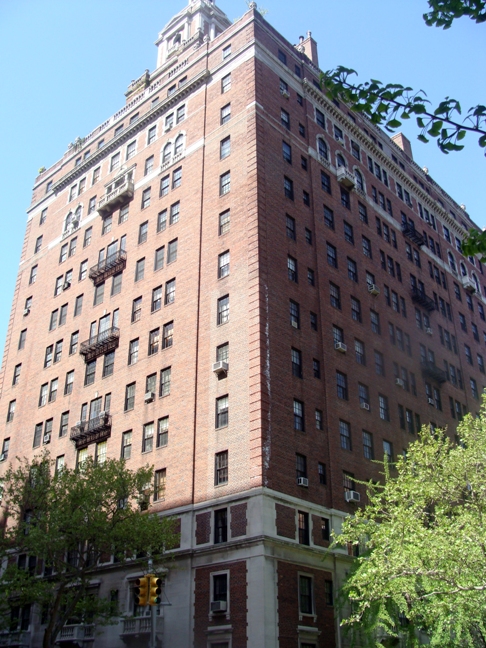 Application:
A neo-Georgian style apartment house designed by Van Wart & Wein, and built in 1929. Application is to reconstruct a greenhouse, install railings and replace windows.

Status as of June 1st, 2010: LATEST NEWS
A the public hearing on June 1st, the application was approved (please see photos under May 15th, 2010 status).

Status as of May 15, 2010:
This application was originally scheduled to be shown to the Landmarks Preservation Commission at a public hearing on May 18th, 2010. However, the hearing was postponed to June 1st, 2010. The applicant is proposing to replace an existing, non-historic conservatory on northeast corner of the penthouse floor, to replace existing double-hung sash windows on that floor with casement windows, and to replace the guardrail (which the applicant claims is in poor condition) with a replica of the existing.