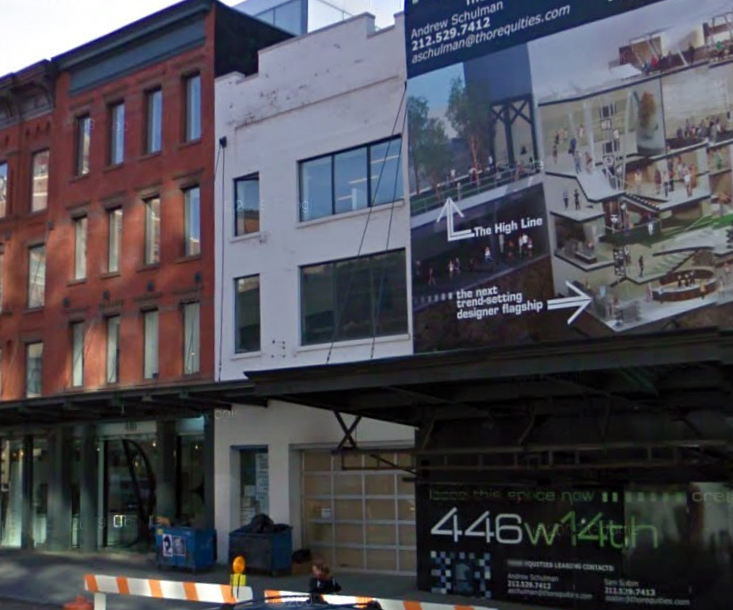 Application:
A building built in 1852 and altered as a utilitarian style market building in 1923 by James S. Maher. Application is to alter ground floor openings and install new infill.

Status as of July 27th, 2010: LATEST NEWS
The applicant presented a revised proposal to the Landmarks Preservation Commission at a public meeting on July 27th, 2010. The proposal involved maintaining the existing ground floor window openings but increasing their height slightly. The applicant maintained the original proposal to paint the building to match the two adjacent Diane Von Furstenberg buildings. However, the Commission asked that the applicant work with staff to select a different color for the ground floor only that would help differentiate the building from the other two. This revised proposal was approved by the Commission.

Status as of July 23rd, 2010:
The revised proposal is scheduled to be shown to the Landmarks Preservation Commission at a public meeting on July 27th, 2010.

Status as of February 3rd, 2009:
At public hearing on February 3rd 2009, the Landmarks Preservation Commission was shown a proposal to alter the building’s ground floor windows openings and to paint the upper floors. The Commissioners commented on the proposal, stating they they felt it would remove a sense of individuality from the building (which has always been distinguished from the two adjacent Diane Von Furstenburg buildings) and take away from its industrial character. They asked to see a revised proposal at a later public meeting, time and date TBD.

Photos of February 3rd proposal are below: