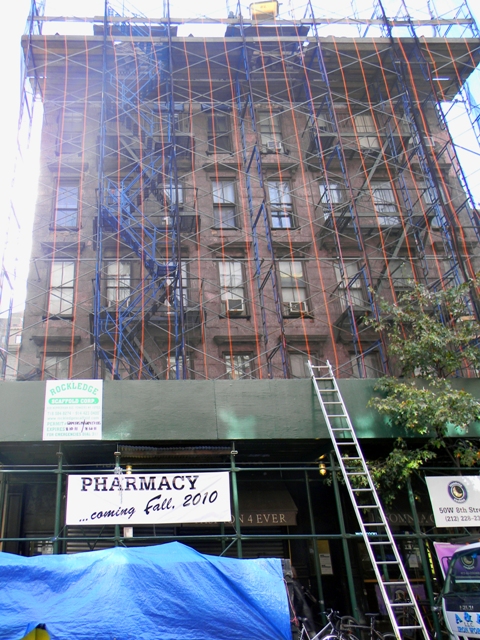 Application:
A pair of Queen Anne style flats houses built in 1876. Application is to reconstruct the façade.

*Note that a separate application to replace the windows on this building was approved on June 14, 2011.

Status as of November 15th, 2010:
At the Community Board 2 Landmarks & Public Aesthetics Committee meeting on November 15th, the applicant presented a proposal that will be heard at the Landmarks Preservation Commission on November 23rd. The application is to reconstruct the facade, substituting precast concrete for the existing brownstone, and to maintain and paint the existing metal cornice black.