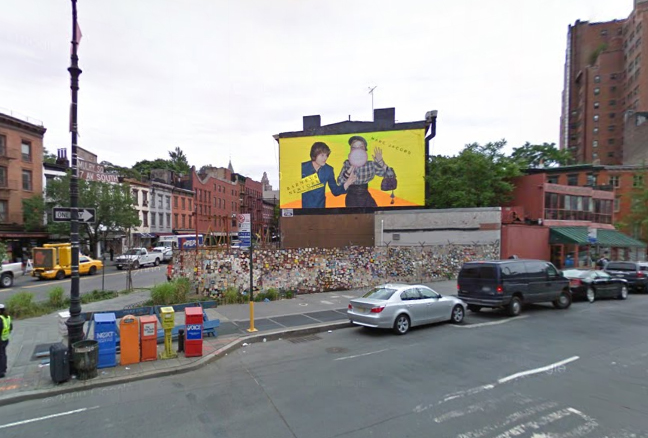 An empty lot. Application is to construct a new building for the ventilation of subway lines.

Status as of June 14th, 2011: LATEST NEWS
At the Landmarks Preservation Commission’s public hearing on June 14th, the Commission reviewed the proposal to issue an advisory report to the MTA. In general, the Commission thought that the approach of half-masking a utilitarian building with a floating, “faux-historic” facade was the wrong approach. Instead, they believed that the building should “accept what it is” and should look like a nicely-designed utilitarian building. They also thought the Tiles for America should be more creatively implemented into the facade.

Status as of June 13th, 2011:
The Landmarks Preservation Commission’s public hearing on this application has been rescheduled for Tuesday, June 14th.

Status as of June 3rd, 2011:
The Landmarks Preservation Commission’s public hearing on this application, originally scheduled for June 7th, has been postponed to a date TBD.

Status as of May 31st, 2011:
The MTA presented the proposal at the Community Board 2 Landmarks & Public Aesthetics Committee public hearing on Tuesday, May 31st.