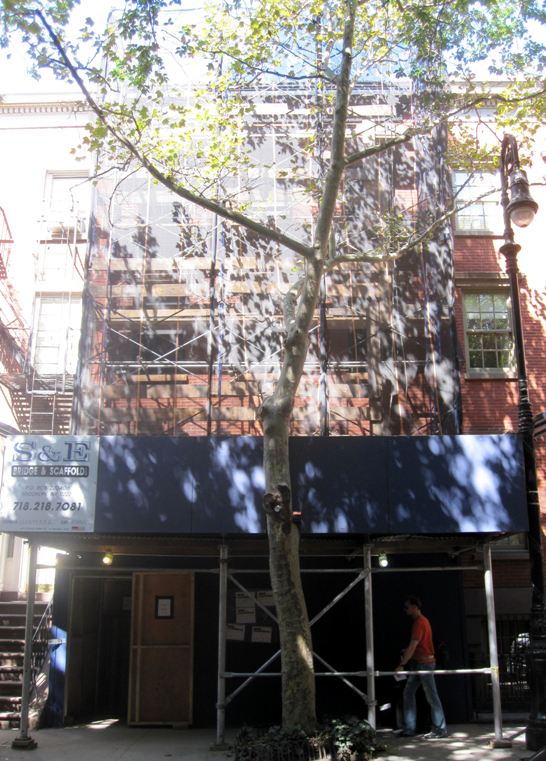 Application:
A Greek Revival style rowhouse designed by Peter Van Antwerp and built in 1846-1847. Application is to rebuild the rear wall and a rear extension and excavate rear yard.

Status as of October 8th, 2010:
A revised version of the proposal is scheduled to be shown to the Landmarks Preservation Commission at a public meeting on October 12th, 2010.

Status as of September 21st, 2010:
At the September 21st Landmarks Preservation Commission public hearing, the Commission refrained from voting on this application. They questioned whether or not the existing rear addition is an original 1840s tea room and whether or not it should be demolished. The applicant is to research this with the Commission’s staff, and return for a public meeting at a later date TBD.