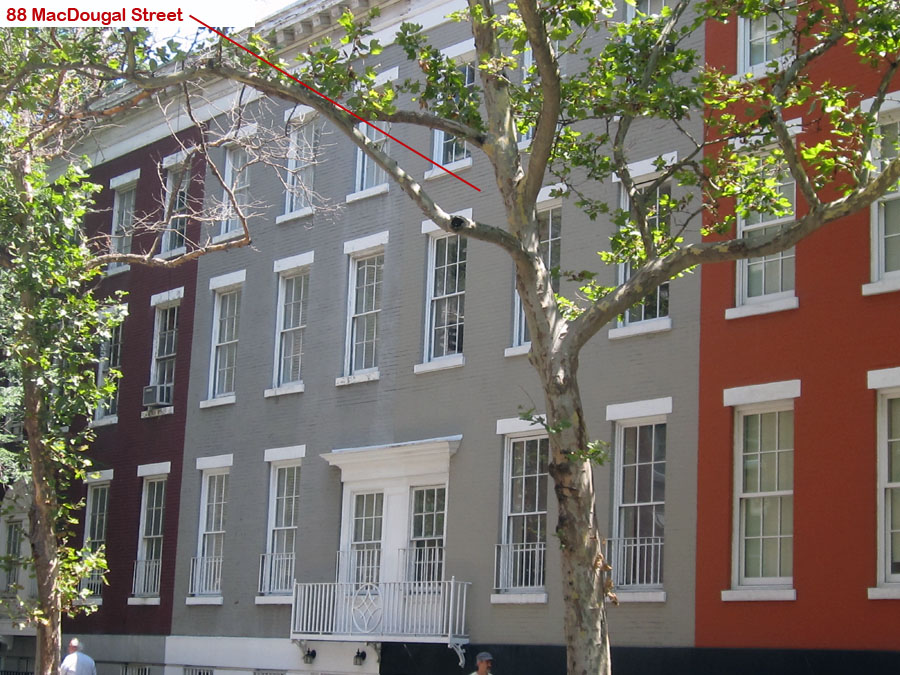 A rowhouse built in 1844 and remodeled in the neo-Federal style by Hyde and Joannes in the 1920’s. Application is to paint the front facade.

Note that a separate application for a rooftop addition on this building was approved on December 14th, 2010.

Status as of June 14th, 2011: LATEST NEWS
At the Landmarks Preservation Commission’s public hearing on June 14th, the Commission voted to approve the application as long as the paint color is no darker than the darkest shade of grey used on other houses in this historic district.

Status as of June 13th, 2011:
The Landmarks Preservation Commission’s public hearing on this proposal, originally scheduled for June 7th, has been postponed until June 14th.

Status as of May 31st, 2011:
The applicant presented the proposal at the Community Board 2 Landmarks & Public Aesthetics Committee public hearing on Tuesday, May 31st.