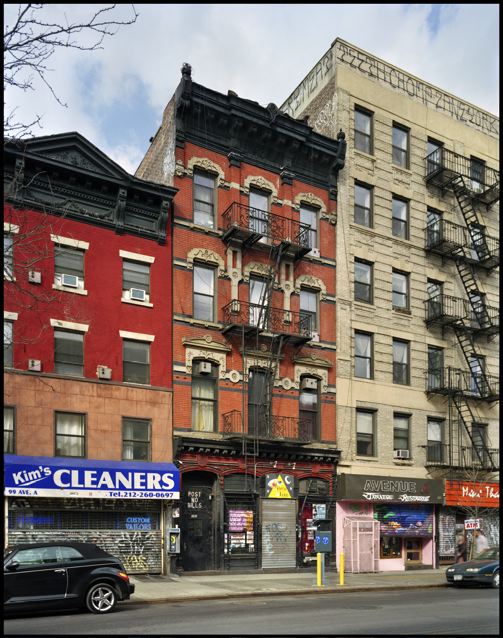 Read Blog Posts about 101 Avenue A

Built in 1876 and designed by architect William Jose, this distinctive Neo-Grec design has an ornate cornice, fire escapes, and other facade details that stand out in the neighborhood. The building housed several tenement apartments on its upper floors, while its ground floor long served as a hall where locals would gather to eat, celebrate, mourn, or discuss labor issues and neighborhood gossip. In 1979, the present occupant opened in the ground floor of the building.

Located in the ground floor of the building starting in 1979, the Pyramid Club was a lynchpin of the downtown arts, culture, and music scene, helping to launch a new wave of politically conscious drag performance art and the Wigstock Festival, and given a space to up and coming artists, including Madonna, RuPaul, Nirvana, and the Red Hot Chili Peppers.