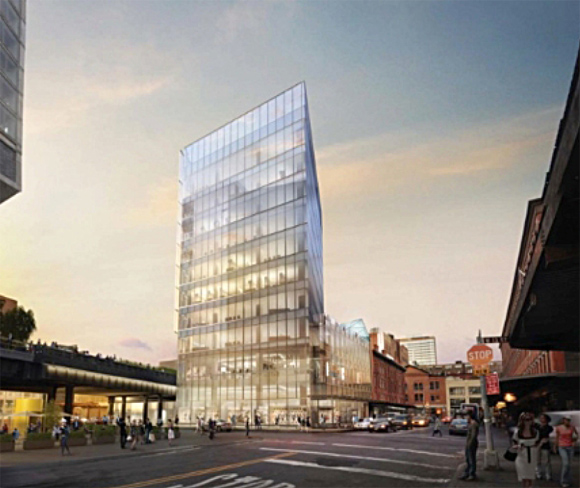 Village Preservation included the historic meatpacking buildings at 437-51 West 13th Street in our proposed Gansevoort Market Historic District which was designated in 2003, but the City refused to include this and several other buildings. In 2009 the owner proposed to demolish the buildings on the site and build a 175 ft. tall office tower with a two-story big-box retail space in its base, seeking a zoning variance that would allow a new building that would be 24% larger than the zoning allows, and the retail space twice the size the zoning allows.

Village Preservation successfully led the opposition to the granting of this variance.