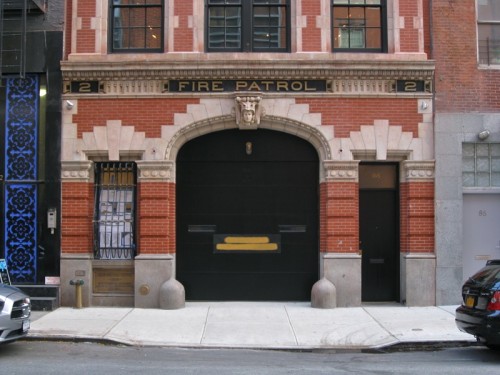 The Fire Patrol, which is not the NY Fire Department, is an incredibly historic 200-year-old institution with roots going back to Benjamin Franklin, and which predates the establishment of municipal fire departments. Nearly every city in the United States once had one, but in the early 2000s New York City had the only such remaining patrol, with three patrol houses remain in New York. The Underwriters sold off all the properties, but this building has been preserved and restored, and in 2013 Village Preservation got it landmarked as part of the South Village Historic District.

Exterior and interior details of the fire patrol house