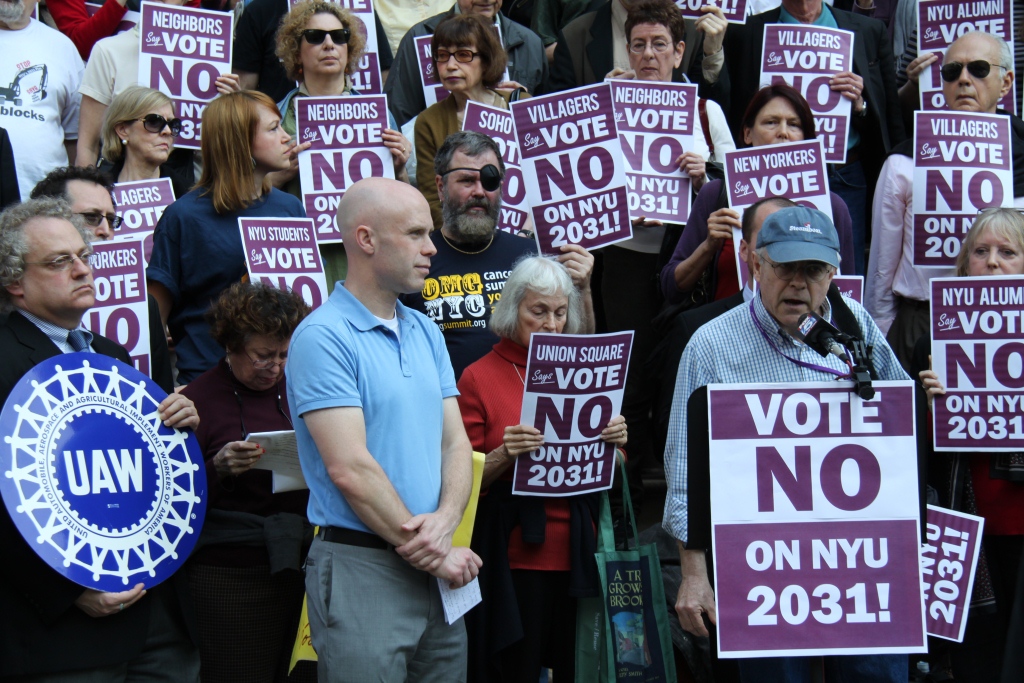 Fight NYU’s lawsuit to overturn the provisions in the SoHo/NoHo/Chinatown rezoning that prohibit it and other private universities from expanding in the area.

The expansion in our neighborhoods of New York University, the largest private university in America, remains a top concern for Village Preservation. NYU and all of our learning institutions are valued parts of the fabric of our neighborhoods. But the NYU administration has pursued an aggressive policy of expansion of the university’s footprint and envelope within our neighborhoods, changing their character.  Village Preservation led the fight against NYU’s twenty-year expansion plan, resulting in significant reductions in its size and scope, and against various plans by the university to destroy historic buildings and construct out of scale new development.  We have secured landmark designation of several NYU properties and blocks around the university, helping to ensure those important sites are preserved, and stopped the university’s plan to build the tallest building ever in Greenwich Village, a proposed 400 ft. tall tower on Bleecker Street.

Town hall on the future of the NYU 2031 plan

Rally against the NYU 2031 Plan video