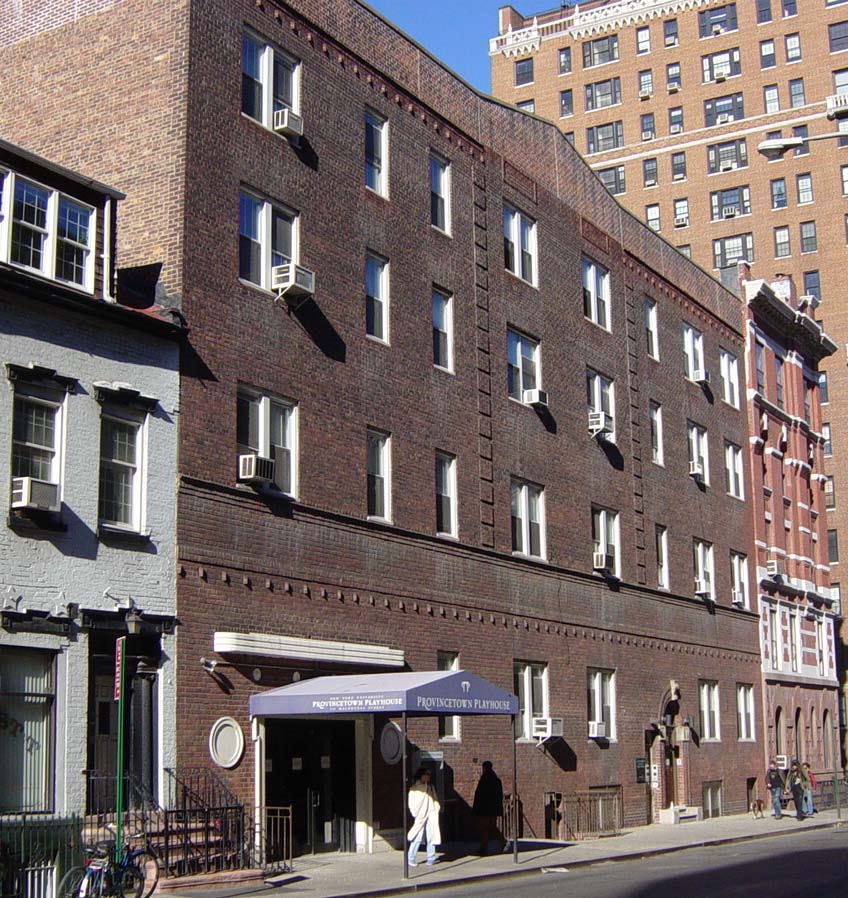 The Provincetown Playhouse and Apartments at 133-139 MacDougal Street was one of the most important sites in the history of 20th century American theater — a launching pad for works of Eugene O’Neill, Edna St. Vincent Millay, Edward Albee, John Guare, Sam Shepherd, Charles Busch, and David Mamet, among others. The apartments over the theater have housed many well-known artists over the years who wished to be near this center of cultural vitality.

In early 2008, NYU proposed to demolish this entire building; after a huge public outcry, it agreed to preserve 6% of the building (the walls containing the small theater in the southern corner of the building). However, the remaining 94% of the building was demolished in 2009 to make way for a new NYU Law School building and NYU broke its promise to even preserve that 6%, demolishing much of the walls and failing to reuse historic interior features.