Book Talk: Look for Me in the Whirlwind: From the Panther 21 to 21st-Century Revolutions 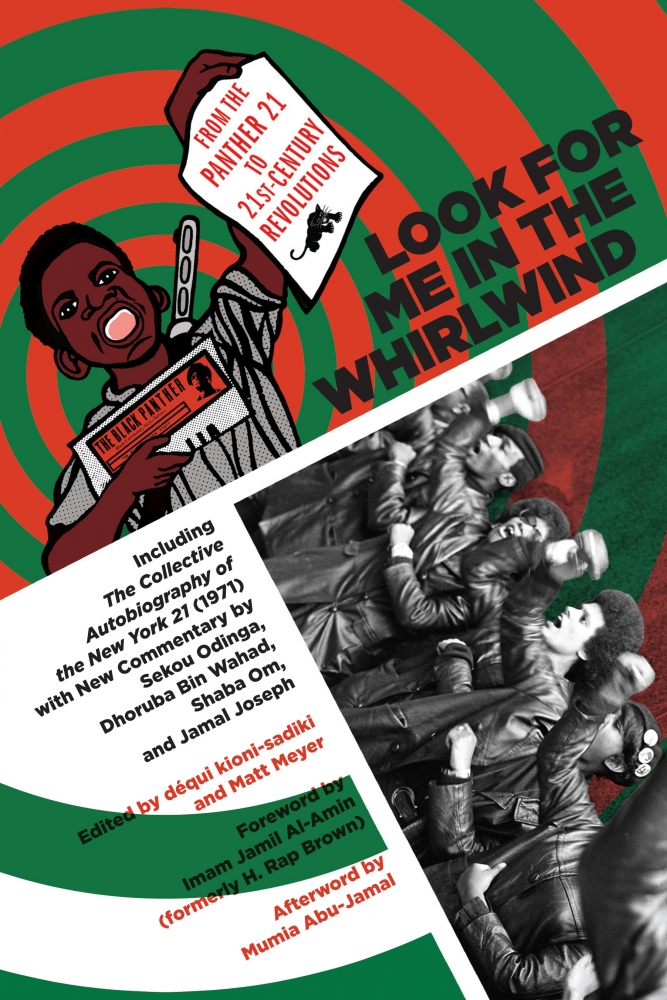 In 1969, 21 members of New York’s Black Panther Party, founded in an East Village apartment, were rounded up and charged with conspiracy to commit violent acts. A collective autobiography, Look for Me in the Whirlwind, recalls the fallout of those arrests, and the exile, imprisonment, and assassination of Party leaders which followed, as well as the nationwide solidarity resulting from this incredible piece of East Village history. Activists Matt Meyer, Sekou Odinga, and déqui kioni-sadiki, who reprinted the text in 2017, will share rare archival photos, poetry, prose, and first-person narratives focusing on the history of the movement’s founding, the Panther legacy, and its relevance to today’s struggles for justice.

déqui kioni-sadiki is the chair of the Malcolm X Commemoration Committee and was a leader of the Sekou Odinga Defense Committee, which waged a successful campaign for the release of her husband. A tireless coalition-builder and organizer, déqui is a radio producer, an educator, and a member of the Jericho Movement to Free All Political Prisoners.

Matt Meyer is the Secretary-General of the International Peace Research Association, the Chair of the International Fellowship of Reconciliation Financial Advisory Committee, and the War Resisters’ International Africa Support Network Coordinator. A noted educator, author, and organizer, Meyer focuses on an extensive range of human rights issues.