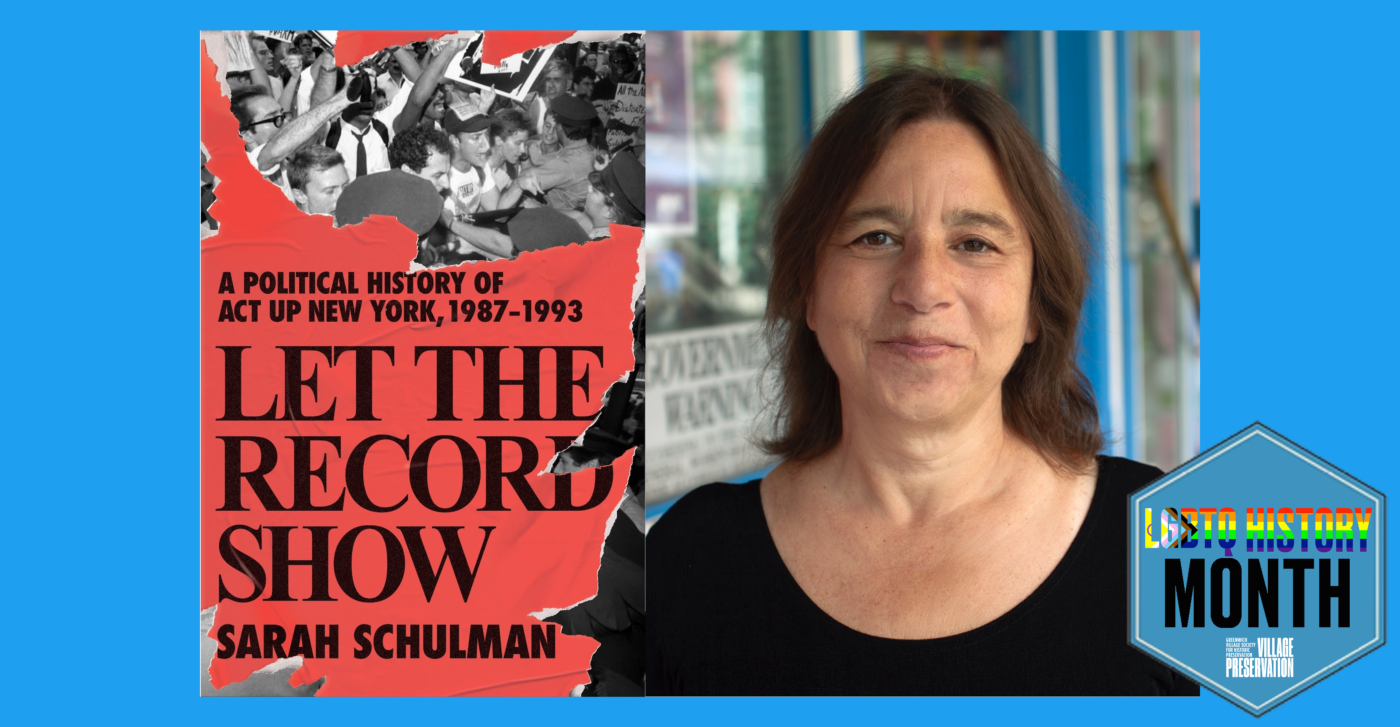 Founded in March 1987 at the Lesbian and Gay Community Services Center (now the LGBT Center) on West 13th Street, ACT UP, New York, a broad and unlikely coalition of activists, changed the world. Armed with rancor, desperation, intelligence, and creativity, it took on the AIDS crisis with an indefatigable, ingenious, and multifaceted attack on the corporations, institutions, governments, and individuals who stood in the way of AIDS treatment for all. For over two decades, Sarah Schulman has worked to document and preserve this history, most recently with her book Let the Record Show. View the event recording for a look at our neighborhoods’ history of HIV/AIDS activism and the stories and lessons of ACT UP New York.

Sarah Schulman is the author of more than 20 works of fiction (including The Cosmopolitans, Rat Bohemia, and Maggie Terry), nonfiction (including Stagestruck, Conflict is Not Abuse, and The Gentrification of the Mind), and theater (Carson McCullers, Manic Flight Reaction, and more), and the producer and screenwriter of several feature films (The Owls, Mommy Is Coming, and United in Anger, among others). Her writing has appeared in The New Yorker, The New York Times, Slate, and many other outlets. She is a Distinguished Professor of Humanities at College of Staten Island, a Fellow at the New York Institute of Humanities, the recipient of multiple fellowships from the MacDowell Colony, Yaddo, and the New York Foundation for the Arts, and was presented in 2018 with Publishing Triangle’s Bill Whitehead Award. She is also the co-founder of the MIX New York LGBT Experimental Film and Video Festival, and the co-director of the groundbreaking ACT UP Oral History Project. A lifelong New Yorker, she is a longtime activist for queer rights and women’s empowerment and serves on the advisory board of Jewish Voice for Peace.