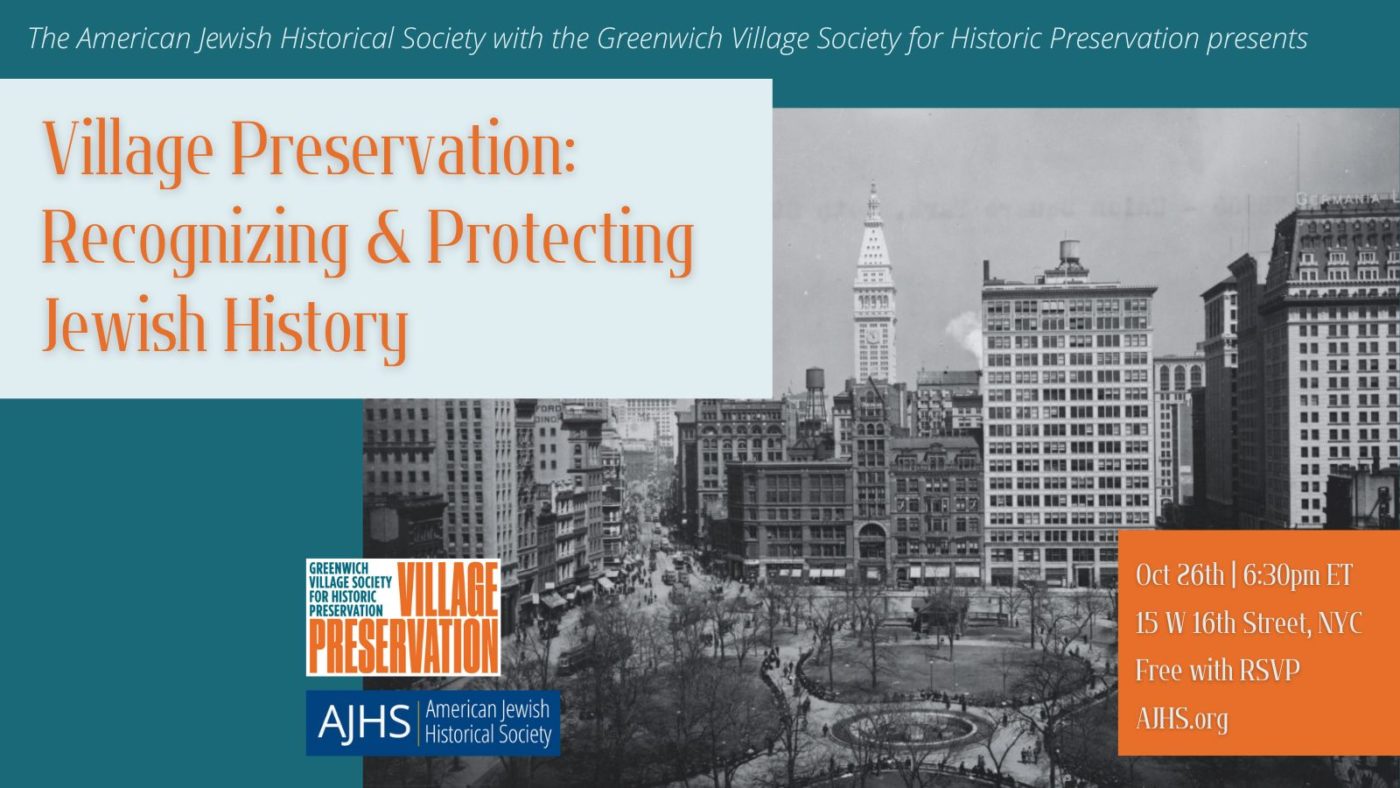 Join the American Jewish Historical Society (AJHS) and Village Preservation as we explore the incredibly rich and varied Jewish history of Greenwich Village and the East Village South of Union Square — from censorship battles to socialist agitators, and synagogues galore, including the former home of one of the country’s first reform congregations, which would build what was the world’s largest synagogue. We’ll also discuss efforts to seek landmark designation for this historic, endangered area, which has played such a crucial role in not only Jewish but African American, LGBTQ+, women’s, labor, literary and artistic history

Andrew Berman has been the Executive Director of Village Preservation for over twenty years, since January 2002. During that time, the organization has focused on expanding landmark and zoning protections throughout their neighborhoods, securing landmark protections for over 1,250 buildings, and zoning protections for nearly 100 blocks. Andrew has often focused that advocacy on protecting sites connected to great artists and artistic movements, as well as previously overlooked and underrepresented histories such as those of immigrants, women, LGBTQ+ people, and African Americans. His academic background focused on art history and urban architecture of the 19th and 20th centuries.

Click here to watch the recording of this event.