Clayton Patterson: Godfather of the Lower East Side Book Talk 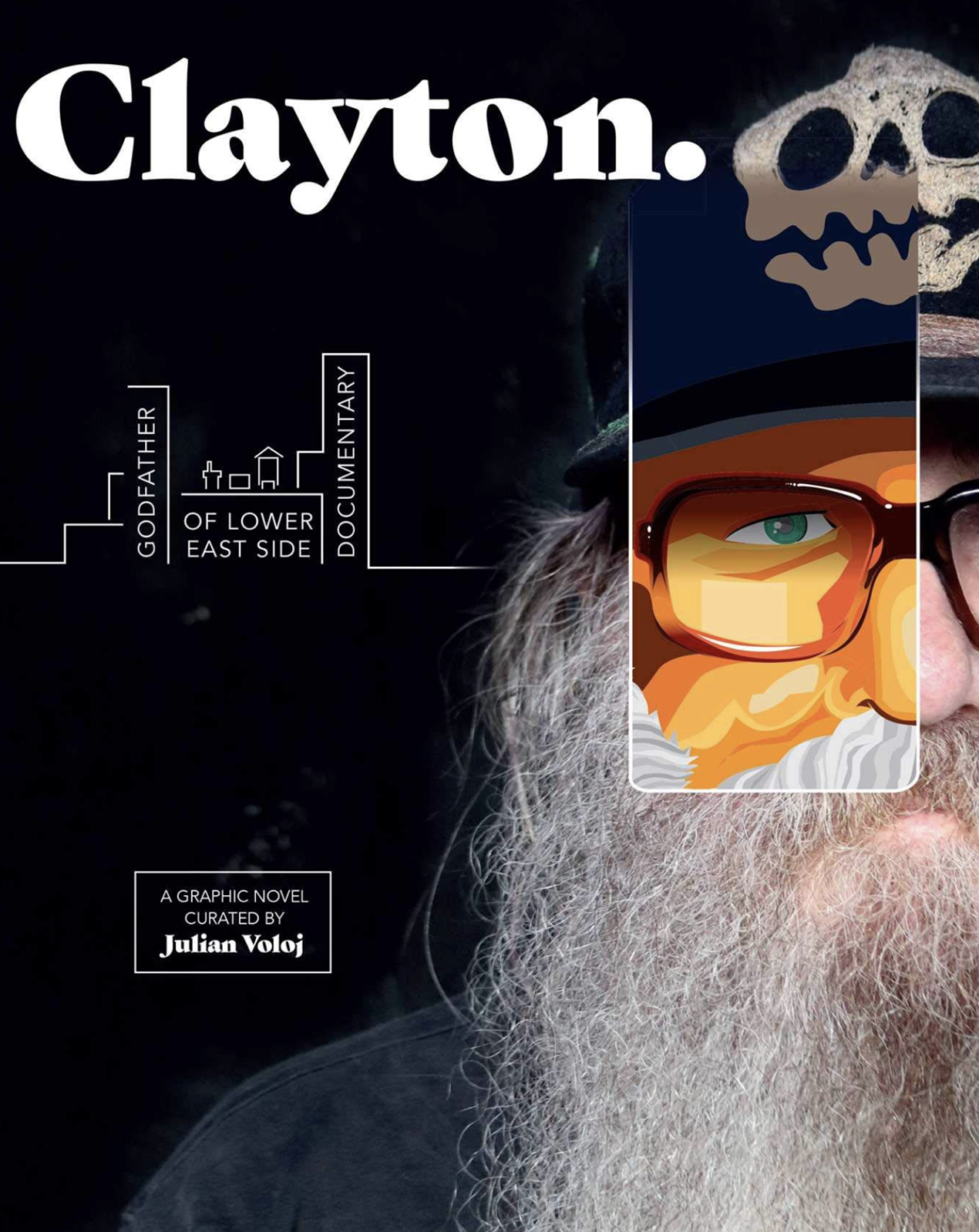 For the first time ever, legendary photographer and videographer Clayton Patterson— dubbed by Anthony Bourdain “the archivist of all things Lower East Side”—is the subject of a biographical graphic novel anthology. Like no other, Clayton has documented the often-overlooked people and cultural contributions of New York’s East Village and Lower East Side—sometimes finding himself in perilous situations as a result. For decades, Clayton has, as his friend Ai Weiwei puts it, “relentlessly devoted himself to a kind of culture that examines authority.” Best known for his documentation of the Tompkins Square Riots in 1988, Clayton lived at the intersection of numerous underground cultures, from drag queens to punks, gangbangers to tattoo artists, breathing in the same creative energy that gave life to Keith Haring, Jean-Michel Basquiat, the Talking Heads, Blondie, and other New York icons.

Julian Voloj is an award-winning photographer and author who has published four collaborative graphic novels to date: Ghetto Brother, Joe Shuster, Basquiat and, most recently, Clayton.