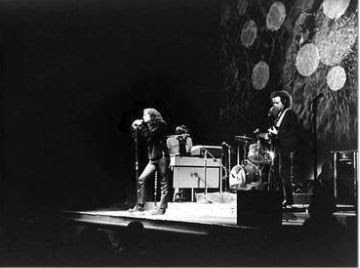 This program is currently SOLD OUT. Watch our Spring 2022 calendar for more Rock ‘n Roll tours in our neighborhoods!

In July and August we offered our first Rock Tours of the year and the demand was overwhelming– so we’re bringing it back in September the second run of our East Village Rock Tour: Part 2.

Rock n’ roll has been deeply rooted in our neighborhoods since the art form was first invented, with many of its greatest practitioners drawn here to live or perform, while others had their careers launched here. Alongside Rock n’ Roll history is the rich history of architecture in our neighborhoods. We’ll discover both the history of those who impacted music, as well as the architectural history of the places where they made such an impact.

From the Ramones to the Beastie Boys, and Patty Smith to Nirvana, our neighborhood is lined with the buildings that opened their doors to these icons of rock n’ roll. Songs such as The Ramones’ “I Just Wanna Have Something to Do” reference the precise locations in our neighborhoods.

The venues that once set the stage for legendary bands may be of the past, but the buildings still stand in the present. No one tour can comprehensively cover all of the rock history in our neighborhood. Below find a detailed description for each tour so you can choose the one that most appeals to you. Follow the Village Preservation team as we guide you through the architectural history of Rock N’ Roll and uncover the star-studded background of our streets.

Rock Tour: Part 2
This tour will begin at Abe Lebewohl Park (Corner of 2nd Avenue and East 10th Street) and will end at 315 Bowery (between East 1st and East 2nd Streets) at the spot where CBGB made a lasting impact on music and culture in New York and beyond. There will be a few stops in between featuring a classic Ramone’s reference and the “Church of Rock n Roll.”